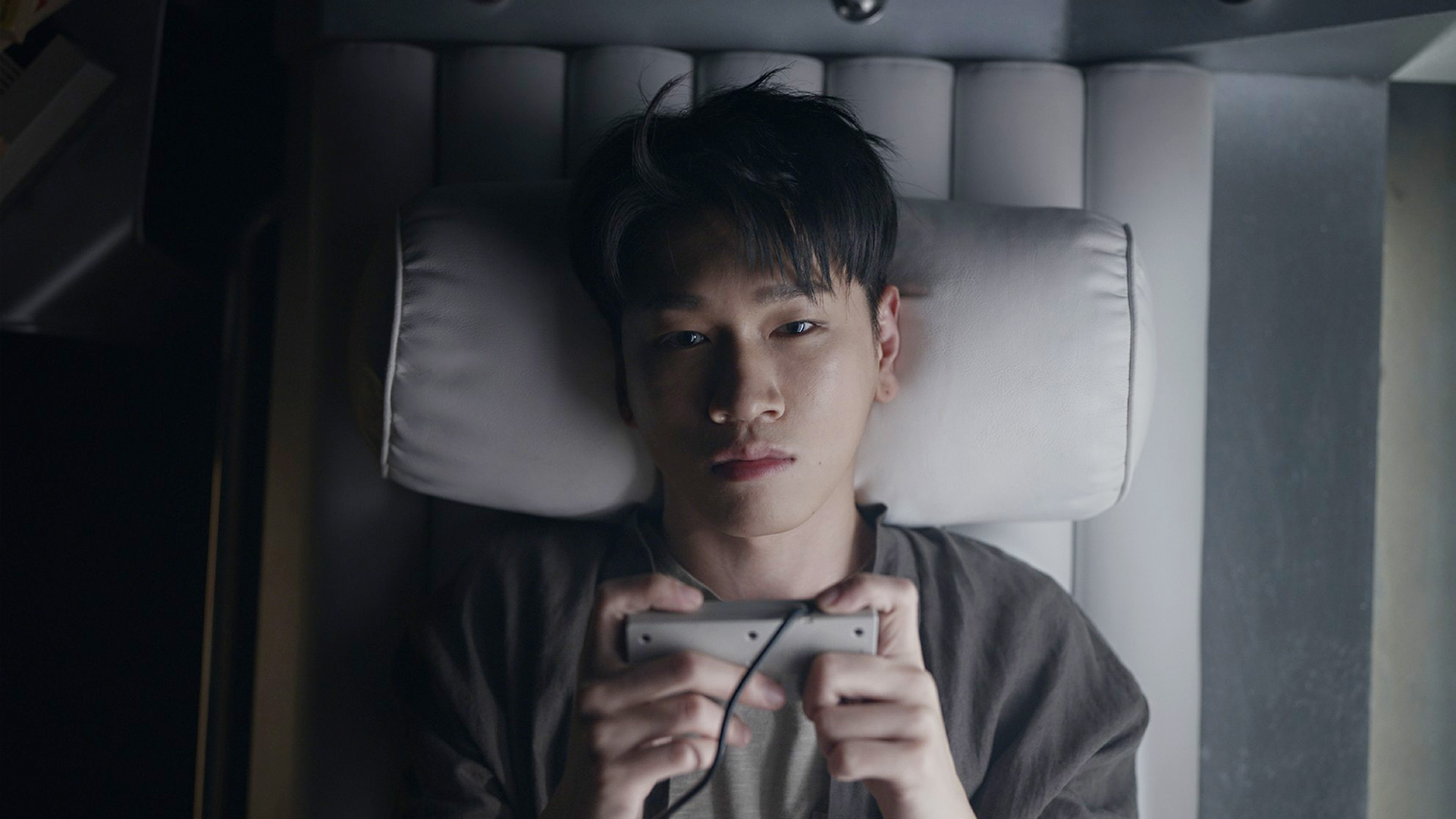 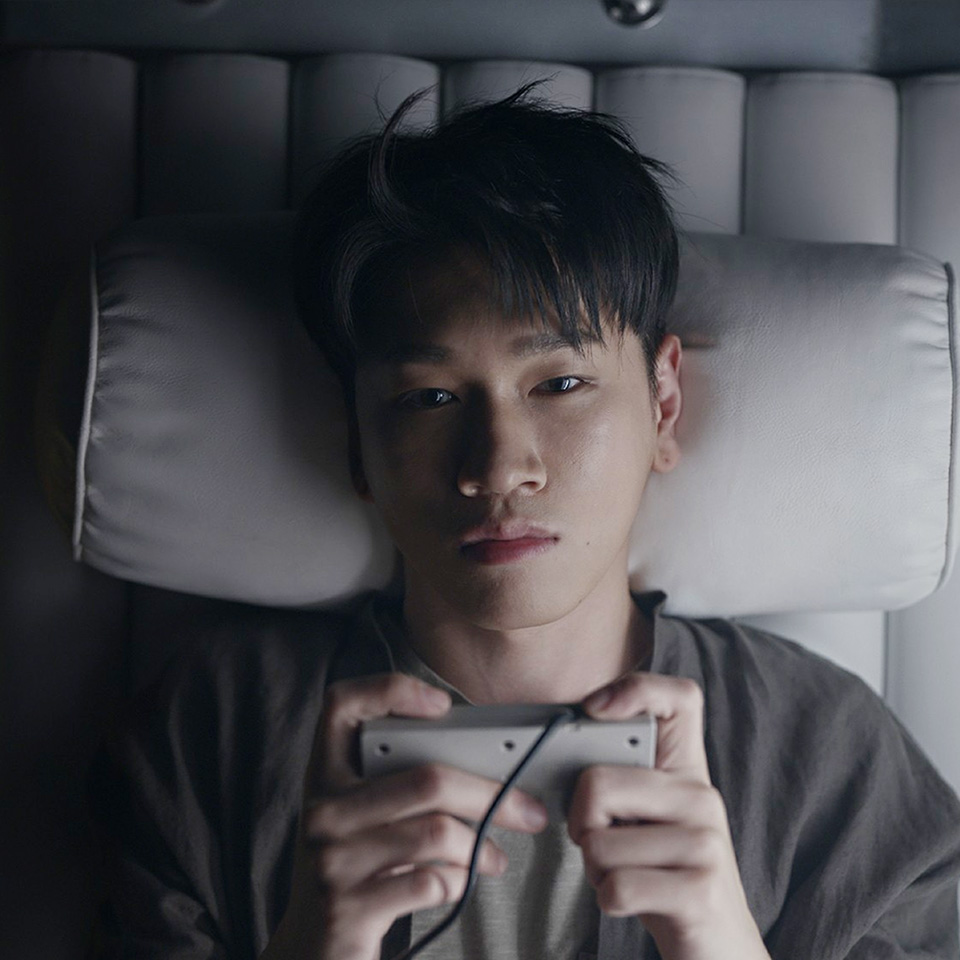 Take a look at ‘untact consumption’, a consumption trend for digital generations who prefer untact service to man to man service.

Untact is a new word which puts the negative ‘un’ in front of the word ‘contact’, meaning ‘not being in contact’. Professor Kim Nan-do from Seoul National University’s Consumer Department already introduced untact marketing in 2018 through his book , which means it’s not the latest trend; but as it coincides with various social phenomena that took place this year, untact consumption is being expanded as a trend for all generations, not just the teens.

Untact consumption, to put it in easier terms, is where a consumer does not meet face to face with a provider but uses the service. Such service became possible with the 4th industrial revolution as robots and AI have deeply affected our lives. When unmanned payment kiosks first appeared in fast food chains and general restaurants, people were fascinated, saying “we can now pay with an automated machine!”. But now they naturally approach the kiosks these days. Kiosk is a well-known untact consumption case, and it stemmed from the English word meaning ‘a store that sells newspapers and drinks, etc.’

According to a science technology internet newspaper BT Times’ 2018 , Korea’s unmanned payment kiosk market increased from 60 billion won in 2006 to about 250~300 billion won in 2018. Kiosks that allow ordering and payment with a few touches without staff help and AI chat-bot service that allows receiving product information through its own app and having voice communication or chatting are part of the current untact trend, ‘untact consumption’.

Why do people these days prefer untact consumption? First of all, untact technology developed a great deal, and people got used to smartphones and display screen. Now we are used to digital communication rather than face to face interaction. On the other hand, businesses have moved their distribution online and cut labor costs for offline stores.

But the biggest reason why untact consumption became a major trend is the change in people’s psychology these days. As technology develops, and we enjoy an ultra-connected society where we are connected to one another whenever, wherever, the consumer psychology where people are tired from contacting others kicked in. People these days wish to get a rest from unnecessary contact with the store staff but freely choose what they want. Due to such reason, offline store staff is trained to minimize its face to face service these days. Instead, more focus is being put on latest digital touch screens and experience sections for various experiences. Stores go beyond renovation and take on mobile technologies such as virtual reality and augmented reality to just provide ‘experience’ only.

Young consumers especially enjoy such untact technology comfortably. Those in their 20s and 30s who float around numerous platforms and share enormous amount of information rave about untact technology, which allows them to have personal time for themselves, disconnected to others, rather than prioritize connection and contact with other people. These days, around colleges, robot baristas and unmanned study cafes have been very popular among the millennial generation.

On the other hand, the National Statistical Office announced the 1-person household in 2019 to be around 5.98 million, which takes up the biggest ratio of all household types with 30%. They consider personal time to be positive and wish to be respected of their personal taste. Drinking alone and watching movies alone are not considered as pathetic anymore. Rather, they enjoy posting themselves eating grilled meat alone on their SNS. As they grew up in the digital environment, they make great use of various digital devices and technologies to enjoy their own lifestyle. Rather than going to restaurants, they have food delivered with delivery app and prefer online grocery shopping to going to supermarkets. They also prefer to use Netflix and home & abroad OTTs (Over the top, online video service) than going to movie theaters. Thanks to the young generations and 1-person households who aggressively enjoy single lives to get what they want when they want it, untact consumption is expected to remain popular in the future.

The 3 layers of the 3F system are consisted of 1F, which provides the basic benefits of the product. In ‘Hyundai Card DIGITAL LOVER’ standards, you can get up to 10,000 won off your subscription fee per month among one of the digital streaming services ？ Youtube Premium, Netflix, Melon and Genie. It doesn’t come with complicated requirements; you just get discounts on the fixed expense of your paid digital contents subscription. You can also get maximum 10,000 won off your payment fee per month with a 5% discount option if you use simple payment service (Samsung pay, Naver pay, Kakao pay, SSG pay, Smile pay and Cou pay), which reflects the untact consumption trend. Hyundai Card member benefits such as Hyundai Card super concert discount and free entrance to Hyundai Card library (design, travel, music and cooking) are of course also included.

2F and 3F are layers that can be selectively used by members with 1F card. The 2F provides paid subscription service for the card members. ‘Hyundai Card DIGITAL LOVER’ members can choose 1 of the following three; shopping pack, which provides shopping benefit for both international direct shopping and domestic shopping, play pack, which allows you to use travel and culture services and digital pack which supports digital contents utilization. Its fee is 50,000 won for 6 months. The 3F provides personalized benefits with Hyundai Card‘s data curation technology. Hyundai Card analyzes each member’s consumption tendencies and recommends optimized benefits for each and every individual. Members can choose and apply for the gift they want among the recommended benefits and enjoy various discount and coupon benefits.

‘Hyundai Card DIGITAL LOVER’ goes beyond providing new services and benefits, and it also carries out a special campaign that empathizes with and supports the young generation who enjoy untact consumption. A major keyword of the campaign is ‘loneliness’. Digital native’s loneliness is not considered something negative but is newly defined as the opportunity to focus on one’s taste and lifestyle and fulfilling their minds.

The first singer to join this campaign is singer Crush. With his song ‘Digital Lover’, which he wrote himself, and its music video, he delivers the message of supporting ‘self-led loneliness’ and ‘each and everyone’s universe’. The music video hit 680,000 views in just 4 days after release on Youtube, getting much attention. The ‘Hyundai Card DIGITAL LOVER’ campaign which kicked off with Crush’s sentimental voice, recently introduced three of their new musicians, who are Jessie, Gray and Kang Min Kyung. The three musicians will reinterpret Crush’s 'Digital Lover' in their own way and perform the song in their own room, live. Musicians will perform live in their own personal space, and people will be able to watch them through videos.

The part of the spacecraft set in Crush’s music video was moved to the record store ‘VINYL & PLASTIC’ in Itaewon, Seoul. Hyundai Card will launch limited vinyl (LP) there and carry out novel campaigns to continue their support for the younger generation’s life and values.

Did you know that the most popular entertainment program, MBC ‘I live by myself’ has been on air for 7 years now? When it first came out in 2013, the viewers felt that the single lifestyle was quite new rather than to empathize with it, but now it’s the most empathized program out there. 1-person household, digital native and untact consumers are not a niche group with special taste, they are regular people living general lives. Corporations lived up to the trend, redefined their targets and are carrying out various marketing strategies. Here’s hoping that the social recognition of these people also improves, and everyone leads a happy life. Let’s hope that people will soon forget about asking questions like “why are you eating grilled meat alone? and “Why do you live by yourself?”. 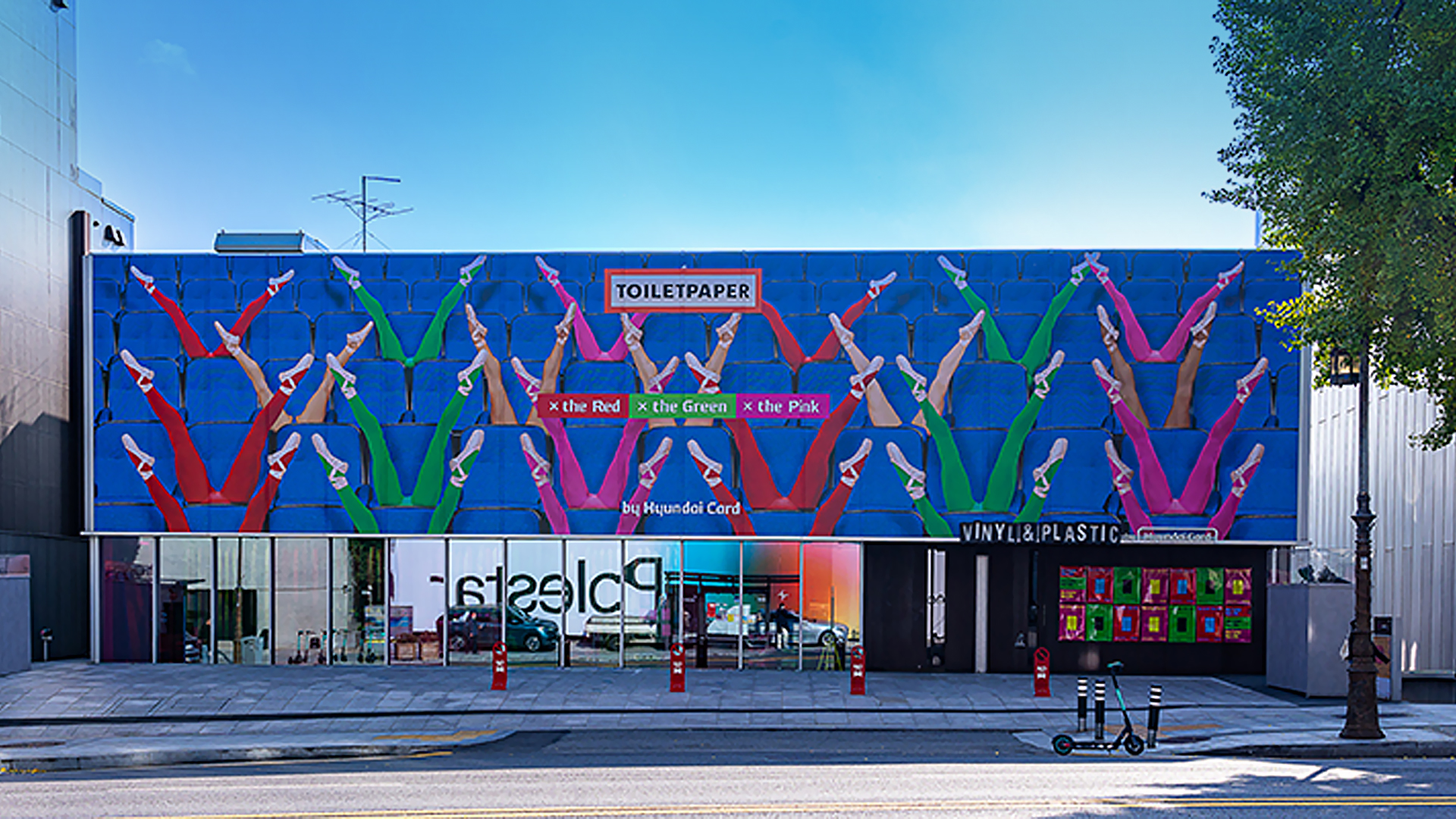 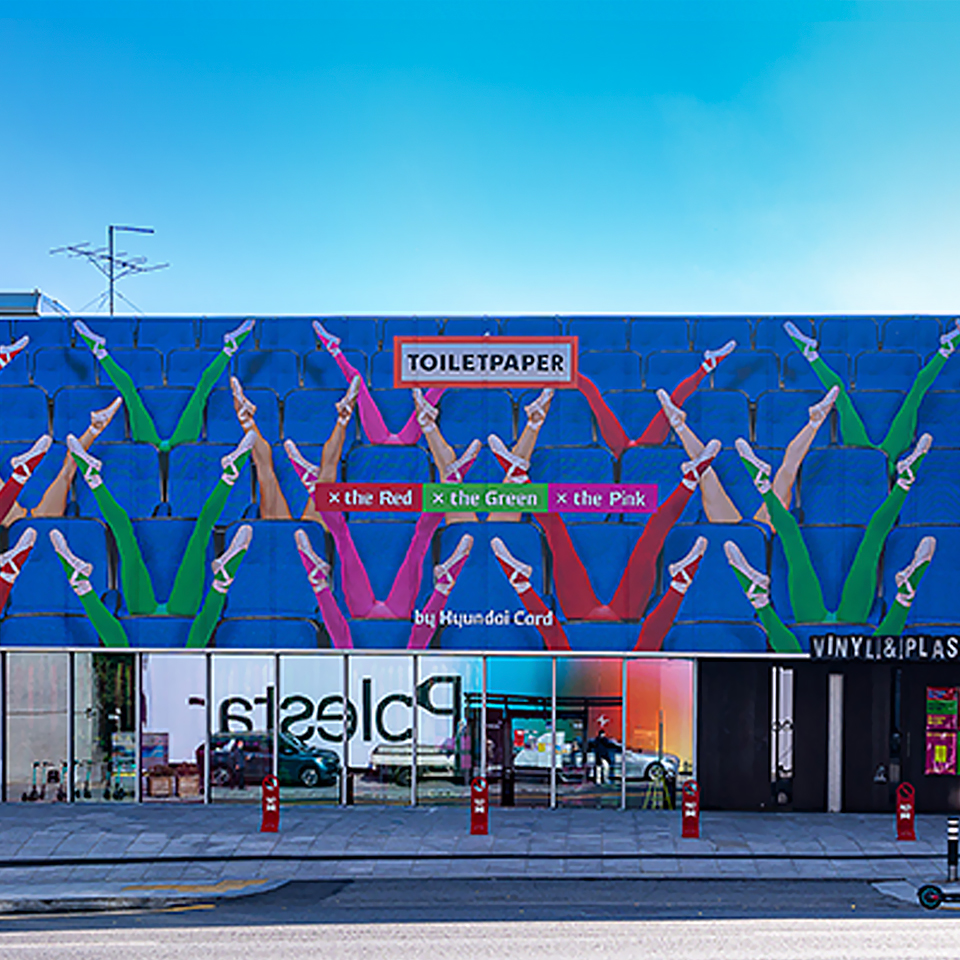 Trip to Milan without the Jetlag, Experiencing the ‘TOILETPAPER’ Exhibition