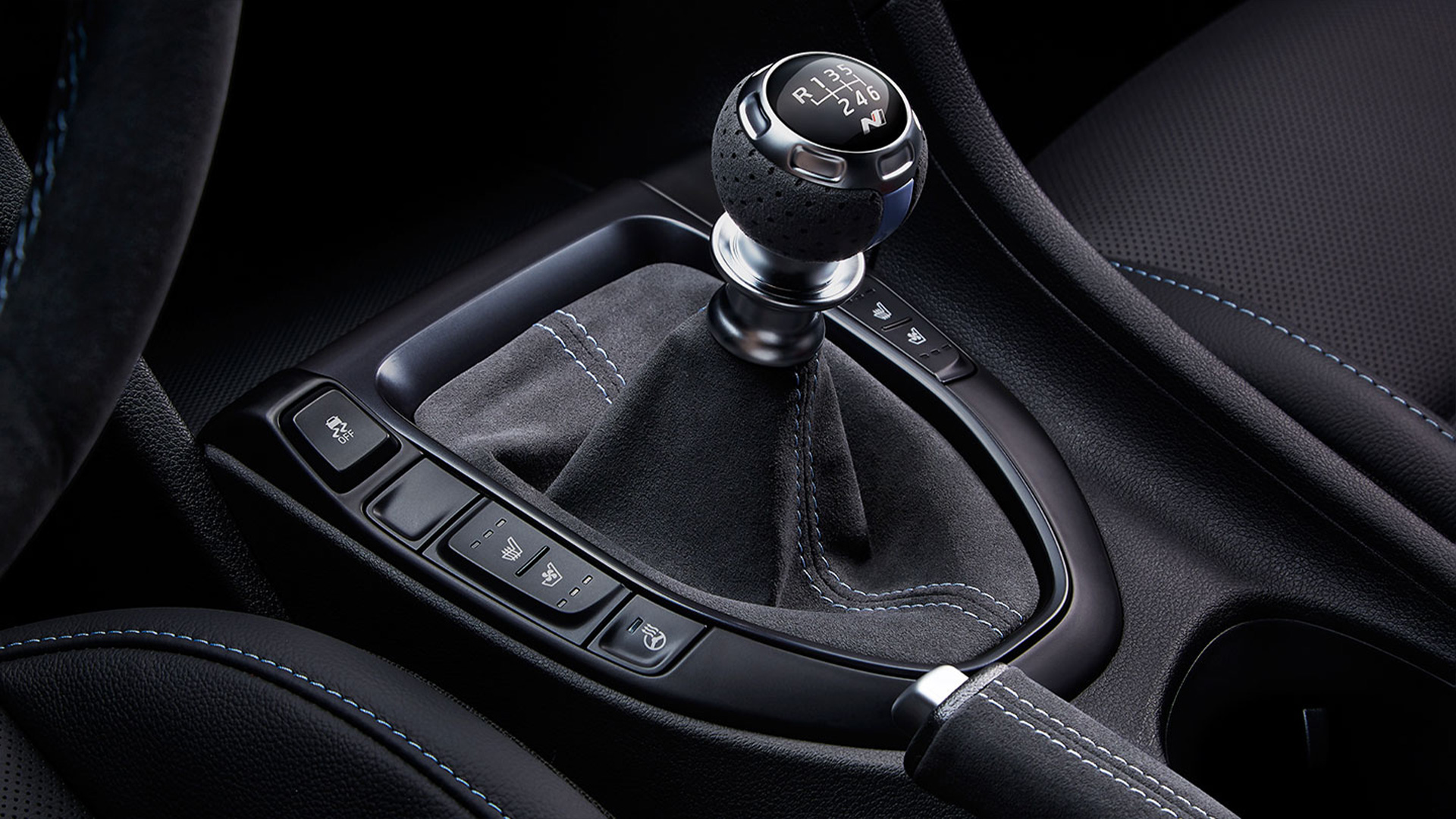 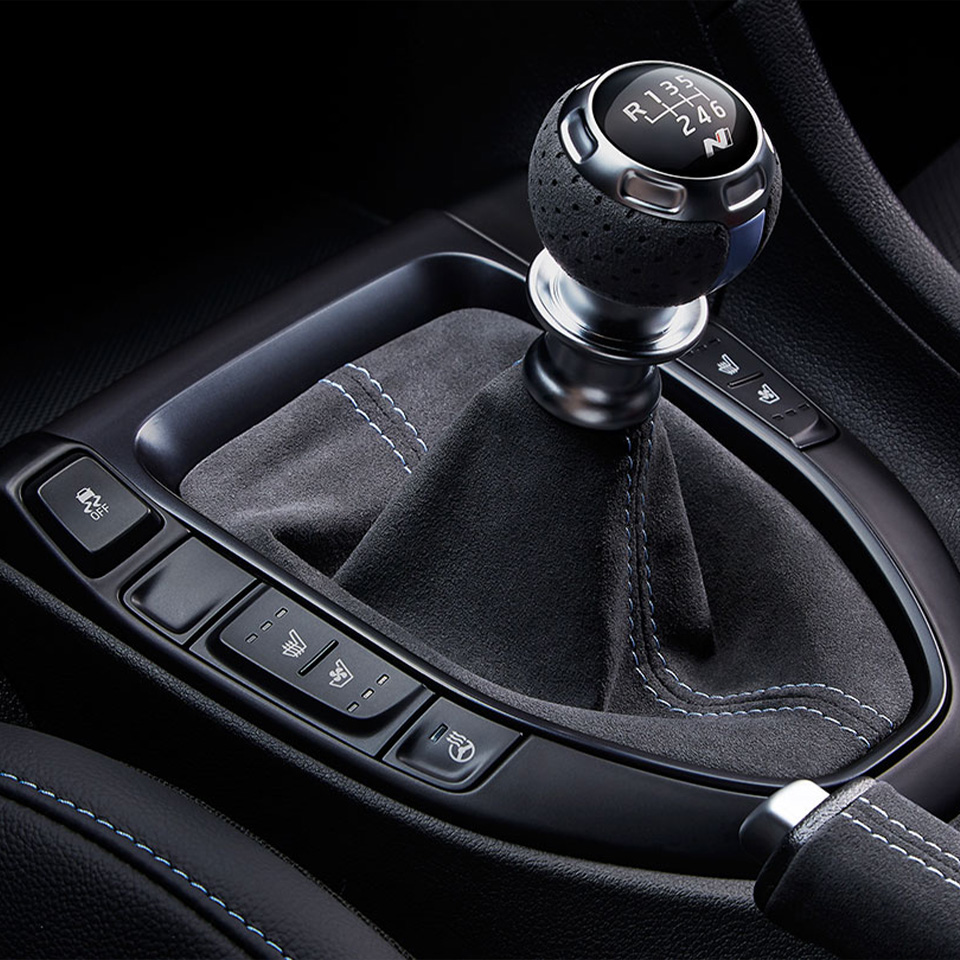 Transmissions are one of the main determinants of the vehicle’s performance and efficiency. We review the Hyundai Motor Group’s diverse lineup of transmissions to better understand their characteristics.

As is well known, a standard modern automobile is powered by the internal combustion engine. The power generated in the engine is conveyed to the wheel via the transmission, during which the engine’s RPM has significant ramifications for the level and the efficiency of the power being conveyed. The transmission’s role here is to optimize the engine’s RPM in accordance with the driving status of the vehicle, such that the efficiency of the power delivery is secured. In other words, the transmission makes sure that the car reaches the desired level of power efficiently while also making sure that the engine isn’t overburdened.

The transmission’s development has coincided with that of the engine in that both have evolved mainly for efficiency and performance’s sake. However, more recently, transmissions have seen more qualitative innovations like generating a certain kind of driving feel or securing the so-called “emotional qualities.” With this ongoing development, car manufacturers have diversified their transmission offerings to better fit the concept of their vehicle models. The modern car transmissions now diverge tremendously in structure, with consequent differences in methods of power delivery, the range of torque allowance, efficiency, etc.

It is not common for car manufacturers to build their transmissions internally, however, as the complexity of the part makes its design and production challenging. Even the manufacturers that build their own engines typically outsource the transmissions. But thanks to its extensive know-how in powertrain development, the Hyundai Motor Group boasts the laudable capability of designing and building its own transmissions. We review Hyundai’s lineup here to better understand the various transmissions’ distinct characteristics.

Manual transmissions(MT) have been loved by many for quite a long time. Traditional in style and intuitive in design, MTs were once a trusted staple in the great majority of vehicles, before the more convenient automatic transmissions (AT) came along. Even today, however, MTs have meaningful advantages over ATs in certain aspects. For one thing, MTs are more efficient in power delivery, thanks to the structure whereby the clutch disc and the clutch pressure plate directly interlock. This structure also results in the manual transmission’s characteristic shifting feel, which is more responsive than that of the AT. The series of commands for a manual gear shifting―stepping on the clutch pedal and maneuvering the shift knob―is also cited by many as adding a fun element to driving.

MTs are thus preferred by the consumers who seek this more responsive feel as well as the fun of a drive. A case in point: these two elements are the reason why Hyundai’s High-performance Veloster N comes with the 6MT model. The Hyundai i30, popular in the European market, also comes with the MT option to better appeal to European consumers, who are more favorable toward MTs than are those in any other continent. Finally, MTs’ efficiency makes them a strong candidate for small commercial vehicles. Hyundai’s Porter II and Kia’s Bongo III come with MTs by default, reflecting the segment’s need to be economical. The MT option is available for certain city cars and small cars as well, like Hyundai’s Avante 1.6 Gasoline and Venue as well as Kia’s Morning 1.0 Gasoline.

Automatic transmissions (AT), the most common transmissions of today, offer a smooth, relatively shock-free shifting experience that makes for linear acceleration and a more comfortable ride. These characteristics are the result of the torque converter, which uses the automatic transmission fluid to convey power. Because of the inherent resistance in the torque converter, ATs generally have lower efficiency in power delivery, though the Hyundai Motor Group’s ATs are designed with multilevel speed structures (6-speeds or more) and optimized transmission control systems that offset this efficiency loss to an extent.

With its experience in independently developing the FWD 4-speed and 5-speed ATs as a basis, the Hyundai Motor Group has expanded its AT lineup to include the FWD 6-speed and 8-speed as well as the RWD 8-speed. The 6-speed AT, which can use a relatively small amount of power more effectively, is the choice for the small and midsize segments, while the 8-speed AT is applied to cars in the midsize segment or above that can offer enough power to take full advantage of the multispeed transmission.

FWD and RWD ATs have the same operating principle, but they also have some meaningful specific differences. FWD ATs are made compact enough to be positioned inside the engine room, such that they can deliver power easily to the front wheels. On the other hand, RWD ATs must convey power to the rear wheels via a vertical axis, so they are positioned in the middle of the car body and are large in size. RWD ATs must also meet rigorous quality control standards, such as those in noise, vibration, power delivery efficiency, and gearshifting feel, partially because they transmit power via the propeller shaft that can project noise and vibration onto the car body. Within the Hyundai Motor Group’s lineup, the 8-speed RWD AT is applied to all Genesis models as well as Kia’s K9, Stinger, and Mojave.

ATs mounted on parallel hybrid cars typically do not have torque converters; since the main purpose of the hybrid vehicles is fuel economy, using low-efficiency torque converters on them somewhat defeats the said purpose. But taking the torque converter out means that its essential function―reducing the gear-shifting shock and duration―is also nullified. To address this issue, the Hyundai Motor Group has developed and applied the world’s first Active Shift Control (ASC) technology onto ATs mounted on its hybrid vehicles, namely the Hyundai Sonata Hybrid and the Kia K5 Hybrid.

ASC uses a motor situated between the engine and the transmission to monitor the engine RPM at a rate of 500 times per second; it then matches the transmission RPM accordingly to make for a smoother and swifter gear-shifting. The gear-shifting duration has become 30% faster, from 500ms in prior models to 350ms in models with ASC. This means that the sacrifice of feel for fuel, which was previously considered inevitable in hybrid vehicles, has been successfully counterbalanced.

Theoretically, higher-speed transmissions allow for more efficient use of the engine power. But since the weight and volume also correspondingly increase, increasing the transmission speeds indefinitely isn’t really an option. The CVT (Continuously Variable Transmission) opts for a unique structure to overcome this limitation: as the name suggests, it continuously varies the gear speed to match the RPM that is optimal for the engine power output and efficiency. CVTs have the structure in which two pulleys connected to the engine output shaft and the driveshaft are linked via a belt. The belt contracts and expands to alter the diameter of the pulleys, thus varying the gear ratio.

But the CVT is not without its drawbacks: the pulleys and the belt often slip against each other. This slippage is particularly visible in metallic belts applied CVTs mounted on small cars, where the pulleys apply pressure to the narrow area on the belt’s side to adjust the diameter. The Hyundai Motor Group’s Smartstream IVT uses a chain belt, the first of its kind in the segment, to address this issue while keeping the benefits of the CVT. The chain belt’s main selling point is that it uses the belt tension to adjust the pulley diameter, eliminating the instances of slippage and also improving the efficiency in power delivery. The Kia K3 with Smartstream IVT showed a 4.2% improvement in fuel economy and a 5~8% reduction in engine power loss.

Additionally, CVTs typically keep the engine RPM fixed while increasing the vehicle speed, making the drivers feel as if the engine is running idle. To address this issue, the Smartstream IVT reproduces the manual transmission’s shifting pattern that better reflects the driver’s intent and driving conditions, making it feel more responsive in general. Rather than having no set gear speed (as in CVTs), the driver can also take advantage of the virtual gear speeds generated by the IVT as needed, which do a great job in approximating the fun feel of the MT. The Smartstream IVT is mounted on the Hyundai Avante and Venue and the Kia K3.

DCT: Combining only the Pros of the Manual and Automatic

The Double Clutch Transmission (DCT) adds an actuator to the MT to control the clutch and the gearshifting process―it essentially uses the MT structure while automatizing the control aspect. Because its structure is similar to that of the MT, it offers the same efficiency in power delivery as well as the responsive gear-shifting feeling. The DCT boasts the fastest gear-shifting duration of all because its two clutches (one for odd speeds and another for even speeds) rotate in preparation for the next shifting of gears. On the whole, the DCT can be called the combination of only the good sides of the AT and the MT.

Depending on its internal structure, the DCT is divided into the wet-type and the dry-type categories. The wet-type uses single-plate clutches, and the friction heat generated during gear-shifting is cooled by air. This simple structure allows for a relatively small volume and weight, which improves the car’s efficiency ratings. Among the Hyundai Motor Group’s models, Hyundai’s i30, Veloster, and Tucson 1.6 Turbo and 1.6 Diesel, and Kia’s K3 GT, Seltos, and Sportage 1.6 Diesel come with the Dry-type 7DCT.

The Wet-type DCT uses a hydraulic oil pump to circulate the oil that cools multi-plate clutches. The oil that lubricates also cools the heat and reduces the friction and shock from shifting. The Wet-type DCT is mainly mounted on high-performance models because of its ability to respond to higher torques. The Wet-type 8DCT on the Kia Sorento 2.2 Diesel feels as smooth as ATs feel; at the same time, its maximum allowed torque has increased 58% relative to the Dry-type 7DCT, and its power delivery efficiency is at a whopping 93.8%.

The 2020 Veloster N is mounted with the N DCT, which is based on the Wet-type 8DCT. The N DCT comes with a separate gearshifting control algorithm that maximizes the Veloster N’s dynamic sensibilities and performance in various driving situations. For example, when the gear is shifted up, the engine RPM is controlled to generate the push feel (the feeling that the car is being pushed forward that is characteristic to manual shifting), making the driver feel as if he were driving with a manual transmission. It also offers the Launch Control function, which boosts the car to its maximum power immediately upon launch, helping the Veloster N record a zero-to-sixty of mere 5.6 seconds, 0.5 seconds faster than in the MT model. The time required to accelerate from 80 km/h to 120 km/h (so-called overtaking acceleration) is also 0.3 seconds faster in the N DCT model than in the MT model, assuming that the latter is driven by experienced MT drivers.

As we have reviewed, transmissions diverge tremendously in their characteristics depending on their type: MT, AT, IVT, DCT, and so on. When a transmission that best fits the engine and the model’s characteristics is chosen, the car’s quality and the driver’s satisfaction increases; in other words, no matter how good an engine the car has, the transmission must be able to back it up. The Hyundai Motor Group will continue to strive in its R&D efforts to expand and evolve its diverse transmission lineup―to flexibly meet not only the consumer demands for improved performance, efficiency, and comfort but also the government demands for increasingly rigorous environmental regulations. 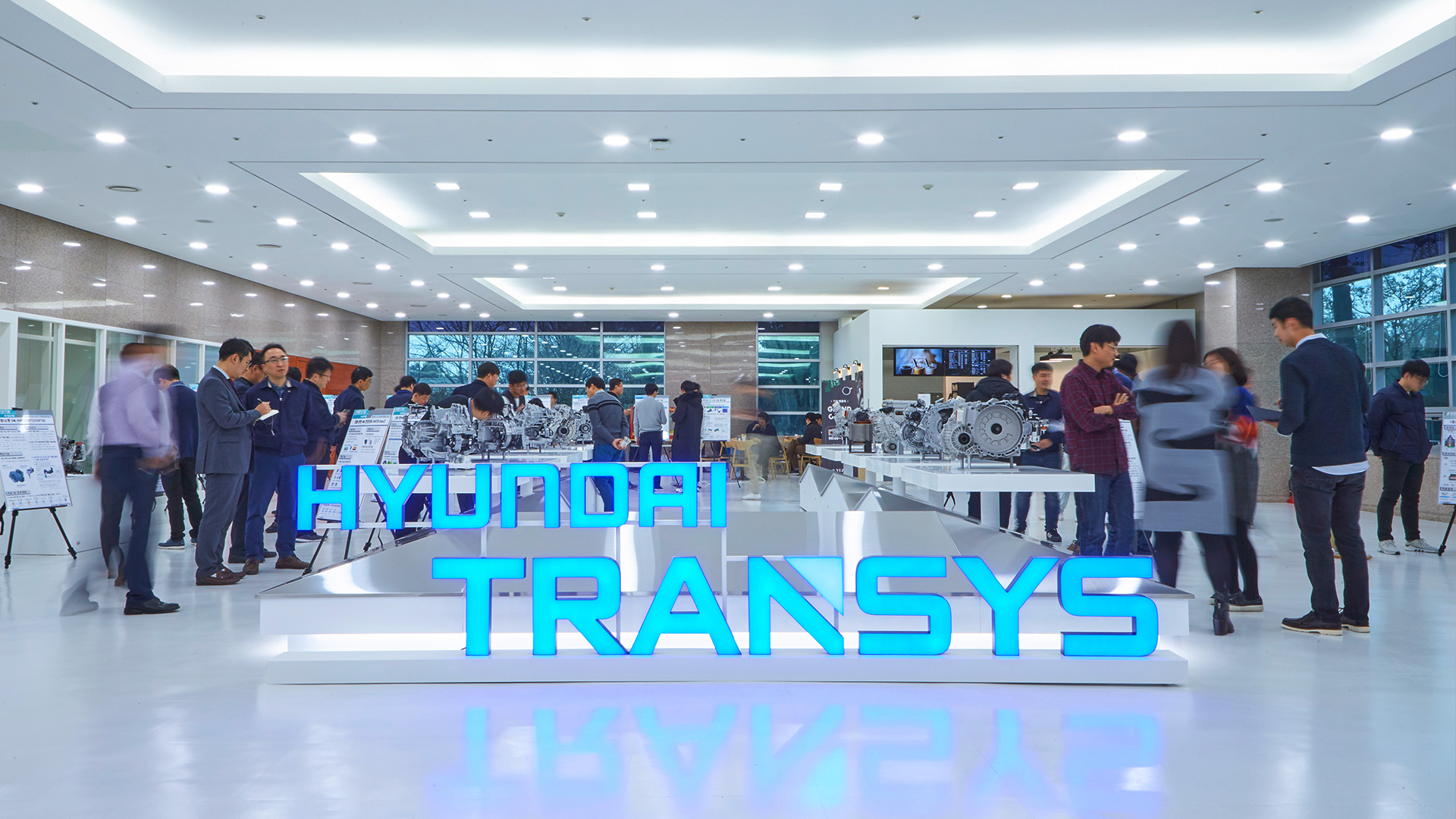 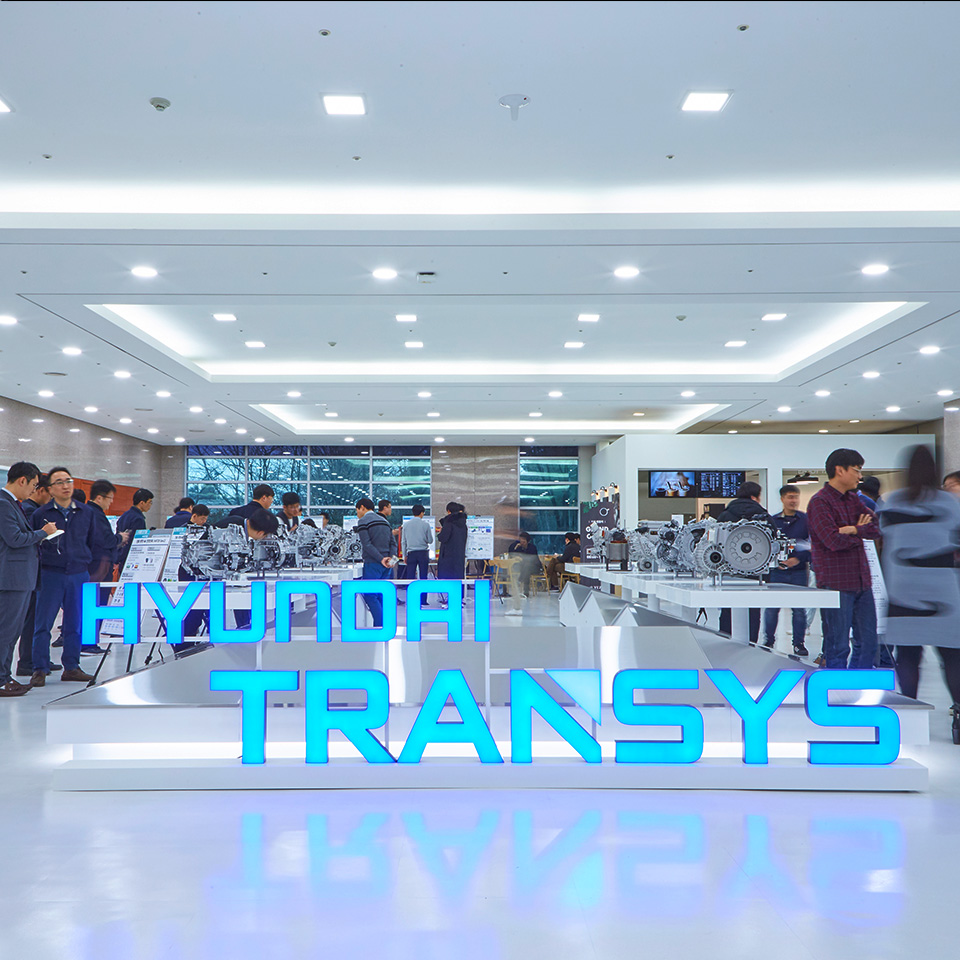