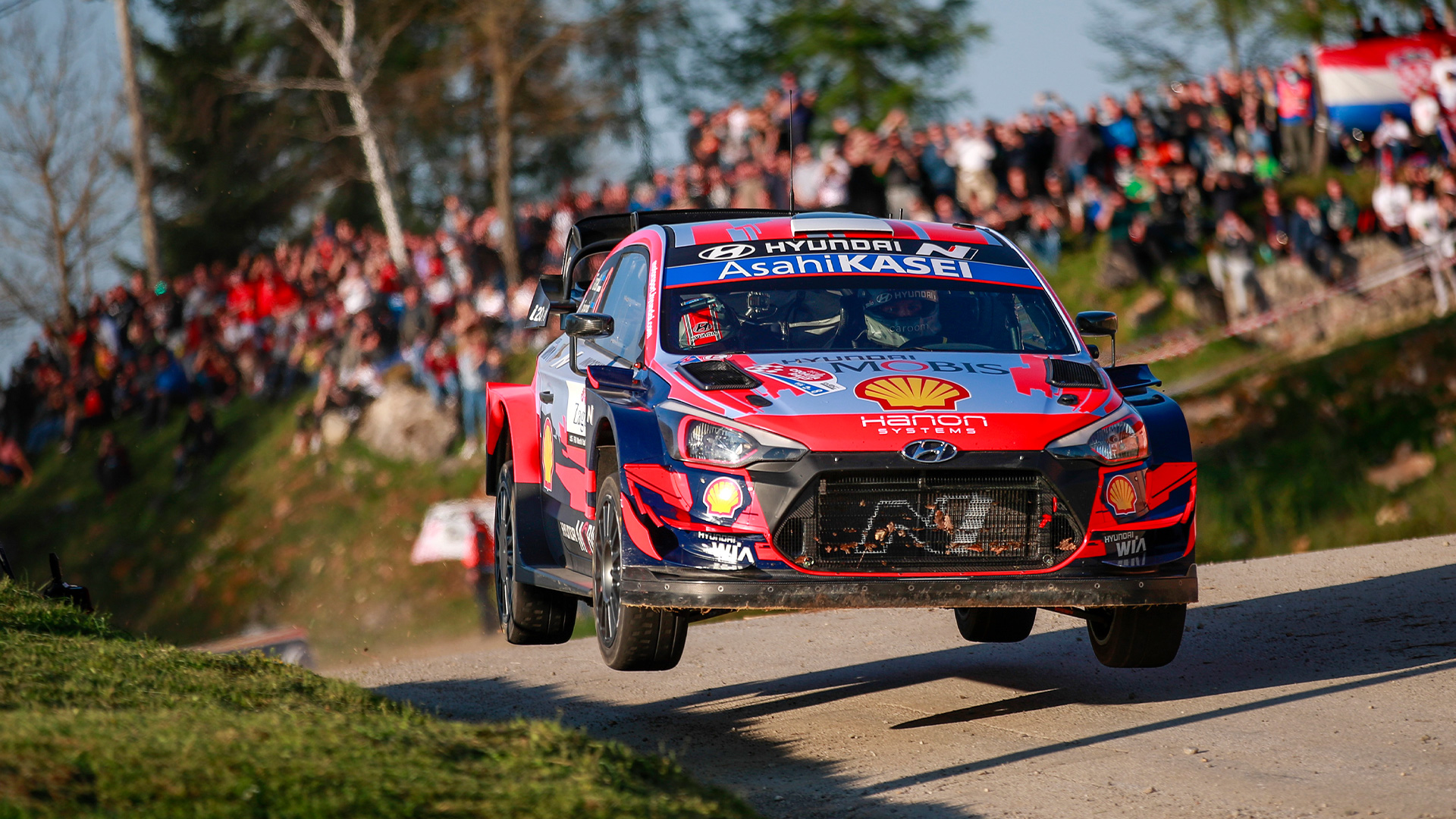 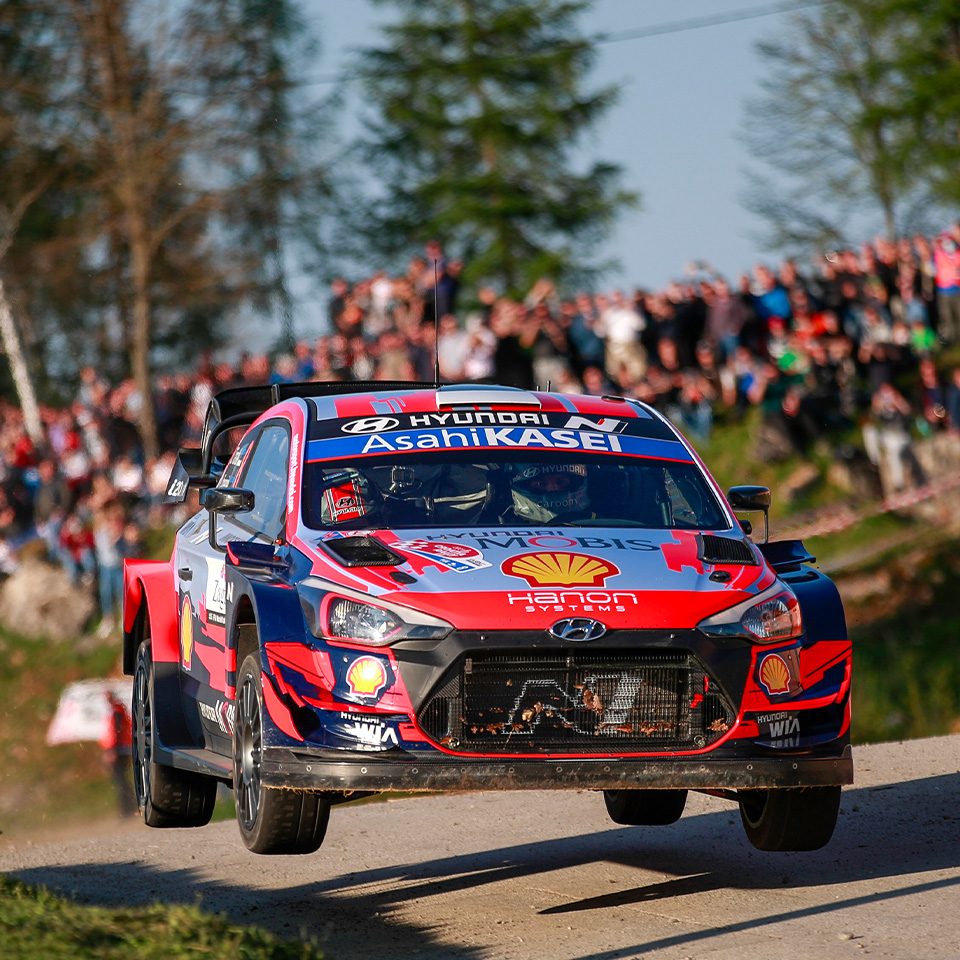 Thierry Neuville of Hyundai Motorsport came to third place at the 2021 WRC Round 3 Rally Croatia. For the drivers, the narrow and bumpy paved road was a very difficult challenge to face.

Last year, WRC added Kenya and Japan and removed the French (Corsica) rally from their schedule. However, as many events were canceled due to a pandemic, even the German rally, no Tarmac (Asphalt) rally was left to be seen. Fortunately, the Monza Rally was added at the last minute, allowing audiences to watch the race on the paved roads. There will be no France and Germany rally this year, but the Croatia and Belgium rally will take over. The Belgian Ypres Rally, which was scheduled to be held last November, will also take place this August.

Meanwhile, the very first tarmac rally of the season was held in Croatia. This sports elite in the Balkans was once part of the Yugoslav kingdom. After the end of the Second World War, during the period of power of Josip Broz Tito, the country was ousted from the Soviet Union, and after the death of Tito in 1980, Yugoslavia suffered from a brutal civil war as the country collapses. Now Croatia has regained stability and is growing rapidly.

The Croatian rally in Zagreb began in 1974 when it was once called Yugoslavia. Officially the rally back then was called INA Delta TLX Rally. Then it joined the European Rally Championship (ERC) in 1986, and in 2007, became promoted to the highest level of the ERC. And by becoming one of the WRC rally this year, Croatia is the 34th country to host the WRC. Rally Croatia is an attractive course that requires both technique and high-speed driving in stunning nature.

The Hyundai team, after a struggle during the opening race, began to rebound when Tanak won the second Arctic rally and Neuville achieved a double podium in third place. In addition to Neuville and Tanak, Craig Breen was given the third car for the race in Croatia. Neuville did not lose pace despite the unfortunate replacement of his co-driver right before the season's opening. As Martijn Wydaeghe joins the new team, he is getting used to working with Neuville while improving his French skills. And for Breen, this tarmac rally has been a long time since the German match in August 2018. Here are the driver's championship points: Neuville leads - he is ahead of Kalle Rovanpera by four points and is in second place overall. Tanak also rose to fifth place. In addition, Pierre-Louis Loubet participated in the Hyundai C2 Competition.

The Toyota Gazoo Racing WRT is also a four-man system with three works (Sebastien Ogier, Elfin Evans, and Kalle Rovanpera) plus Takamoto Katsuta. Toyota Team's Yaris Rally Car showed a high speed in a shakedown by introducing new aerodynamic parts to the front fender. Instead of Ogier's retirement at the Arctic Rally, Rovanpera, who had been in second, emerged as the championship leader. Rovanpera, who is only 20 years old, also broke the record for the youngest championship point leader. Meanwhile, the last works team, the M-Sport Ford World Rally Team, promoted French newcomer Adrien Fourmaux and replaced Gus Greensmith's co-driver. In addition, Teemu Suninen was sent to WRC2 for the moment.

The Croatian Rally, for the first time in the WRC event, housed 300.32 km-long 20 SS courses. On Thursday, April 22, a shakedown took place on a 4.6km forest stage outside Zagreb. The roads are generally narrow and hilly, with leaves and gravel every corner. The fastest in the shakedown was Toyota's Evans, followed by Neuville in second and Tanak in fourth.

After a ceremony near the Zagreb National University Library on Thursday evening, on Friday 23, the participants left the headquarter in Zagreb early in the morning and headed southwest. Friday's courses from SS1 to SS8 were 99.82km-long, repeating four stages in Samoborsko Gorje and Zumberak Nature Park twice. The roads in Rally Croatia are generally narrow, and few of the players have experienced Rally Croatia. Moreover, using Pirelli's new tire (P Zero RA Hard) in the right place was also not easy because there was not much asphalt road data.

At the 6.94km short-distance opening stage (SS1), the temperature was 11~12℃ similar to that of Thursday. Rovanpera's car went off the road at a downhill corner, 5.4km away from the starting point. Fortunately, there were no injuries, but the car was destroyed and he had to retire. Neuville took the lead in SS2 and SS4, starting with SS1, and Tanak won SS5. In the afternoon running the same course over and over again, Ogier won 3 stages, overtaking Evans, and took second place. Ogier set his new record of winning over 600 times on this day.

Most stages on Friday were high-speed, getting more and more tricky as cars off narrow roads or crossing corners scattered gravel. On Friday, Neuville took the lead, and Ogier and Evans fell in less than eight seconds to finish second and third. Neuville attacked the Tarmac course with a strategy of installing hard front and rear soft tires. On the other hand, Tanak, who started the game with only hard tires, even for spare tires, could not keep up with Neuville's pace. After fixing the settings at the service park, he set the new speed record in SS5, but finished the first day in fourth place, 31.9 seconds behind Neuville. Breen, who is getting used to tarmac rallies, finished fifth, 23 seconds behind Tanak. Adrien Fourmaux, who was new at Ford, marked the fastest in his team with sixth place.

The participants could practice on the four stages for the next day's race on Saturday, 24th. The eight stages from SS9 to SS16 were 121.92 km-long, making them the longest among all the three-day-long races. In particular, the 20.77km-long SS10 was known to have '1,000 corners' for its sharp corners, making it notoriously difficult to keep up with the pace note of the co-driver. Toyota stood out on the second day. Ogier, Katsuta, and Evans went through the four stages in the morning. On the other hand, Neuville allowed Ogier and Evans to take over in two of the 20 km-long courses in the morning at SS9 and 10. Neuville, who chose to use different tires at the front and rear to gain an additional grip on the first day, appeared to struggle a bit from that morning. The grip has weakened as the temperature rose higher than expected, making it way more difficult to drive as neatly as he wanted.

Toyota was right to start the race with four hard tires. But still, there was hope. At SS13 in the afternoon, Ogier risked the lead as his damaged tire takes up 10 more seconds just 2 kilometers from the goal. Meanwhile, Neuville, who switched to hard tires for both front and rear, was driving the SS13 and SS15 faster than anyone as he follows the lead. The distance got narrowed to 10.4 seconds with Ogier and about 4 seconds with Evans in the second place. Tanak in Hyundai was still in fourth place, 27.4 seconds away from Neuville.

Adrien Fourmaux of Ford came in fifth place, 51.7 seconds behind Tanak. Considering it is his first time at WRC, this was indeed impressive. Breen in Hyundai hit a curb at the beginning of the opening race, spending nearly two minutes due to a flat tire, and fell down to the ninth place. Although he could not push too hard with having just one spare tire in his car, Breen finished his Saturday schedule with eighth place. It is more than a minute away from Katsuta in 7th place.

On Sunday 25th, the participants spent their final race at the 77.06km-long race from SS17 to SS20, by passing through the two stages twice each, located north of Zagreb. The opening stage SS17 was the longest in Croatia Rally: 25.2km. Evans led SS17, followed by Neuville by 1.4 seconds and Ogier by 2.7 seconds. After SS18, Evans took over Ogier, and Neuville followed Evans by 8.4 seconds. Ogier suffered an accident on the highway on his way to SS17 on Sunday; the right side was damaged after the car hit another running next to it. However, since there was no service period for that day, he had to barely use duck tape and keep driving. His car lost its speed for the bad aerodynamics caused by the collision.

After refueling, the rally cars returned to the opening stage and began SS19. Neuville, who struggled the most to win the race, was the fastest by marking 13 minutes and 59 seconds. However, it only ended up blocking his competitors behind by 0.4 and 1.5 seconds, respectively. It is now 8 seconds from Evans and 4.1 seconds from Ogier. What is left is the final stage and the power stage, SS20; it is technically repeating SS18, which is 14.09km long.

Ogier, who has been the champion seven times, conquered the power stage and defeated his teammate Evans by 0.6 seconds, taking the championship dramatically. Neuville finished the race 8.1 seconds slower than Ogier and took the podium in third place. Hyundai's Tanak was in fourth place, and Adrien Fourmaux, a newcomer and the rising star of the Ford team, drew a lot of attention as he rose to fifth place in his debut at WRC. Breen finished in 8th overall but scored an additional 4 points as he marks 2nd in the power stage.

For reference, the result of this rally in Croatia, where Ogier beat Evans by 0.6 seconds and won third place dramatically, was the third time when a slight difference determined the victory. The slightest difference was that Ogier won the 2011 Rally in Jordan by 0.2 seconds ahead of Jari-Matti Latvala. Neuville also won a dramatic victory. Neuville also has experienced a dramatic win at the 2017 Rally Argentina and the 2018 Rally Italy in just 0.7 seconds, ranked 4th in the previous WRC's super-close match.

Ogier took the lead with 61 points in total driver points, adding 25 points for the Croatia Rally Championship and 5 points for the Power Stage. Neuville kept second place by adding 3 points to the power stage to 3rd place (18 points), accumulating 53 points. Evans and Tanak climbed one step at a time to 3rd and 4th place, respectively, while Rovanpera, who failed to score after retiring, was pushed back to 5th place. In the team ranking section, Toyota, which finished Croatia Rally with a one-two finish, led with 138 points, followed by Hyundai with 111 points.

After successfully finishing their first race in Croatia, the WRC will play four matches in Porto, Portugal's northern port and second biggest city, on May 20-23. It is the first rally held on gravel. And Hyundai is ready for the fierce battle for the championship. 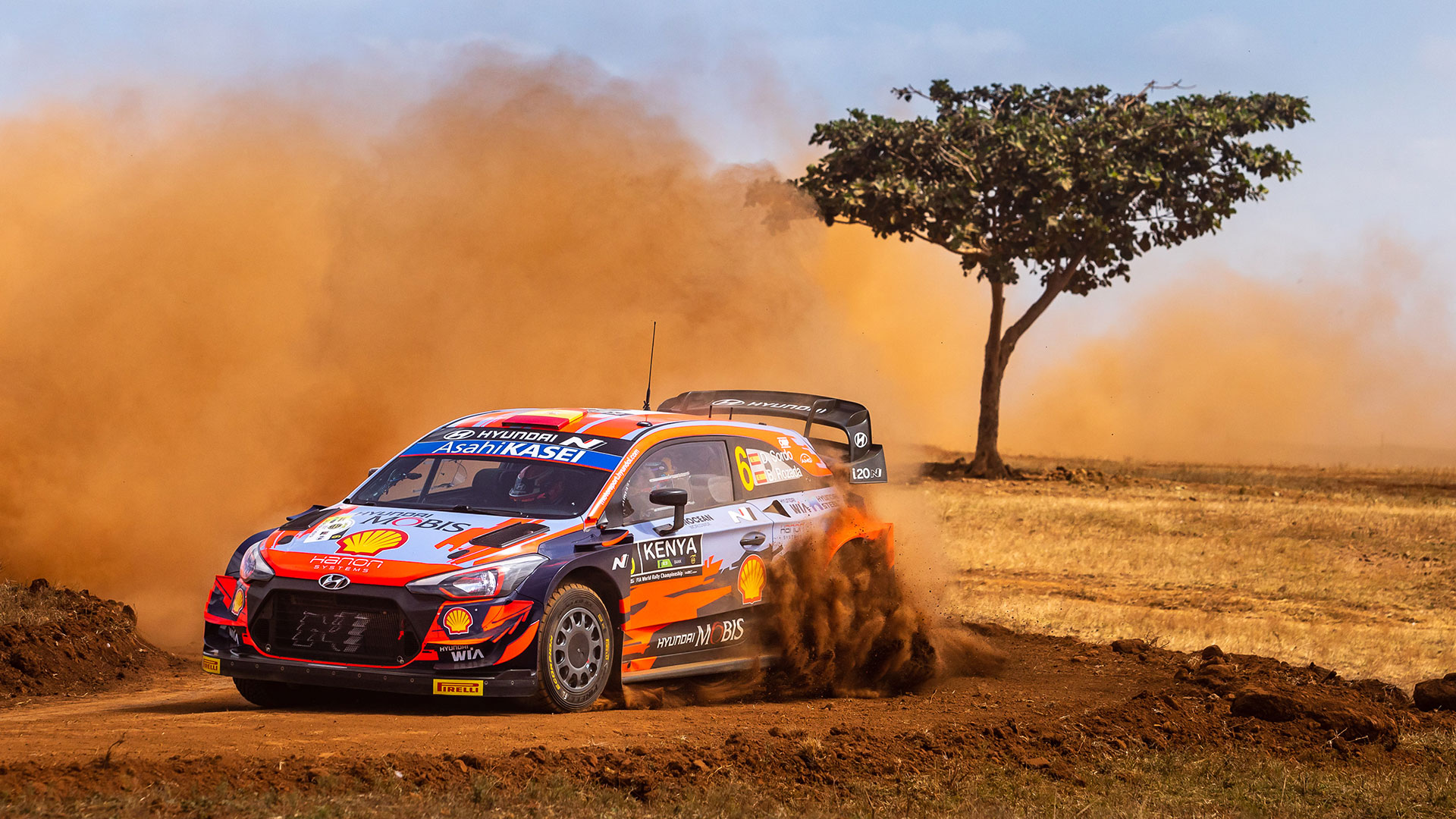 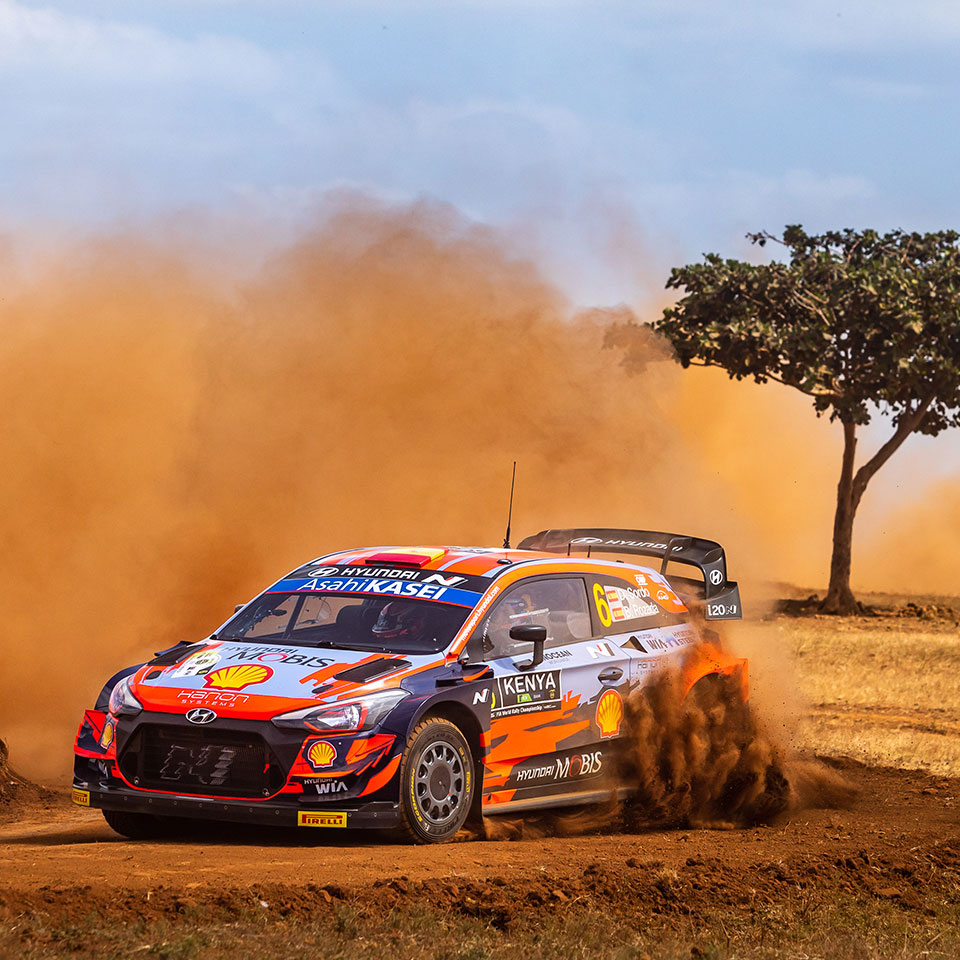