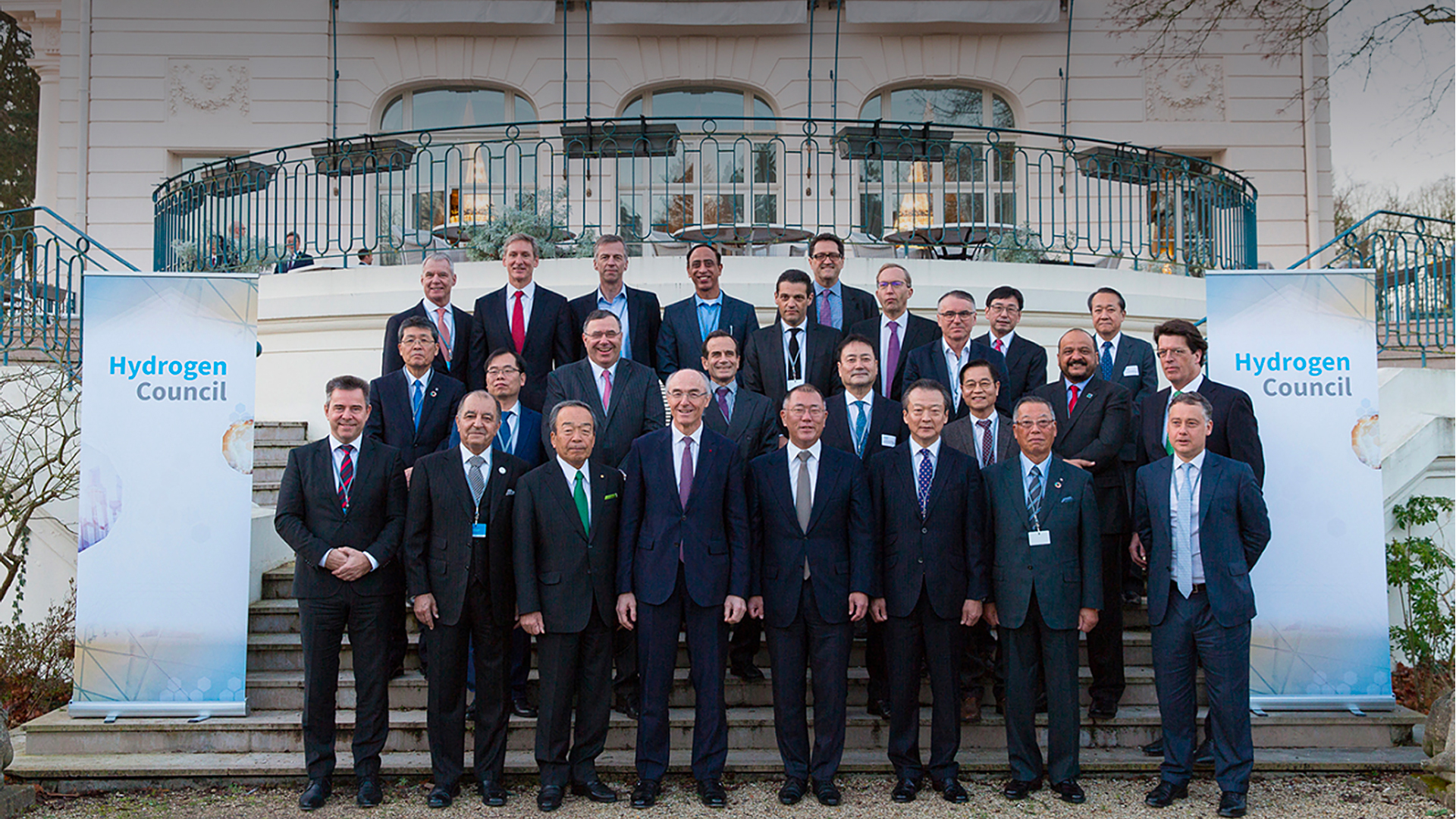 EVC Chung opened the meeting stressing that there is “no shortcut to creating a future hydrogen society,” emphasizing that it is essential to establish detailed implementation plans for respective sectors and different stages of the industry’s development. To achieve this, the EVC recommended three key action items: reduce cost through technological innovation, create a comprehensive safety management system and foster broad acceptance of hydrogen.

As a first step, EVC Chung recommended achieving cost reductions through technological innovation in all sectors of the hydrogen industry. In order to fully tap hydrogen’s potential as the ultimate alternative to fossil fuel, new creative ways of lowering cost in a shorter time span must be sought across the entire value chain - including production, storage, distribution and application.

EVC Chung also stressed the need to establish a comprehensive safety management system throughout the entire hydrogen value chain in order to convince the general public that hydrogen is completely reliable in terms of safety.

To further foster a broad acceptance of hydrogen, EVC Chung underlined the need for governments and policymakers to advocate the inclusive benefits of hydrogen and promote the vision of a hydrogen society and the opportunities it will create. This is in line with the co-chair’s message as conveyed in a recent interview with Hydrogen Council, where he said the council will continue collaborating with regional and national hydrogen associations to analyze the current status of government policies, regulations and technologies, in turn providing viable technological solutions and policy suggestions.

Also, in his welcome address, EVC Chung praised the hard work and dedication of all members and recognized their collective efforts to move the coalition forward. In particular, he thanked the members’ commitment in working toward the council’s mission by contributing their respective expertise.

“We deserve to be proud of our achievements so far, only three years after Hydrogen Council was born,” EVC Chung said. “Today, we’ll take stock of our progress, and reflect on our assessments to forge our strategy for this year and beyond.”

Yesterday, the Hydrogen Council published a new report, Path to Hydrogen Competitiveness: A Cost Perspective, demonstrating that the cost of hydrogen solutions will fall sharply within the next decade, sooner than previously expected.

As scale up of production, distribution and equipment manufacturing continues, cost is projected to decrease by up to 50 percent by 2030 for a wide range of applications, making hydrogen financially competitive with other low-carbon alternatives and, in some cases, even conventional options.

Commissioned by the Hydrogen Council and delivered by McKinsey & Company in partnership with E4tech, the report used a rigorous methodology to collect and analyse an unprecedented 25,000 data points from 30 companies representing the entire hydrogen value chain across four key geographies (US, Europe, Japan/Korea and China). An independent advisory group comprised of industry experts also reviewed the data.

The report shows significant cost reductions expected across more than 20 different hydrogen applications, such as long-distance and heavy-duty transportation, industrial heating, and balancing of the power system, comprising roughly 15 percent of global energy consumption - a material opportunity. According to the report, this cost trajectory can be attributed mainly to:

- Scaling up of manufacturing

To deliver on this opportunity, supporting policies will be required in key geographies, together with investment support of around $70 billion in the lead up to 2030. While this figure is sizable, it accounts for less than 5 percent of annual global spending on energy. For comparison, support provided to renewables in Germany totalled roughly $30 billion in 2019.

“A clean energy future with hydrogen is closer than we think, because the industry has been working hard on addressing remaining challenges. This report shows what remains to be done and defines a clear path forward,” said Benoit Potier, chairman and CEO of Air Liquide and co-chair of the Hydrogen Council. “2020 marks the beginning of a new era for energy: As the potential for hydrogen to become part of our global energy system becomes a reality, we can expect fewer emissions and improved security and flexibility. This announces the decade of hydrogen.”

“The Hydrogen Council hopes that the report’s findings will not only increase public awareness about the potential of hydrogen to power everyday lives, but also debunk the myth that a hydrogen economy is unattainable due to cost,” EVC Chung said. “If we are to reach our global climate goals by mid-century and reap the benefits of hydrogen, now is the time to act.”

Today’s report was launched in the presence of more than 80 CEOs and other senior executives at the Hydrogen Council’s annual meeting, taking place alongside the President of France, Emmanuel Macron’s Choose France! Summit and the World Economic Forum in Davos. The CEO event brought these industry leaders together to reiterate their commitment to hydrogen and set the path for scale up of infrastructure and usage in the coming years.

Held at Chateau de Versailles, Choose France invited more than 190 global business leaders this year and was attended by President Emmanuel Macron and several members of the French Government, including the prime minister, major ministers and regional representatives.

Today, EVC Chung will attend the 2020 World Economic Forum (WEF) in Davos, to be held on 21-24 January under the theme “Stakeholders for a Cohesive and Sustainable World”. The EVC has also been invited to this year’s International Business Council (IBC) Winter Meeting.