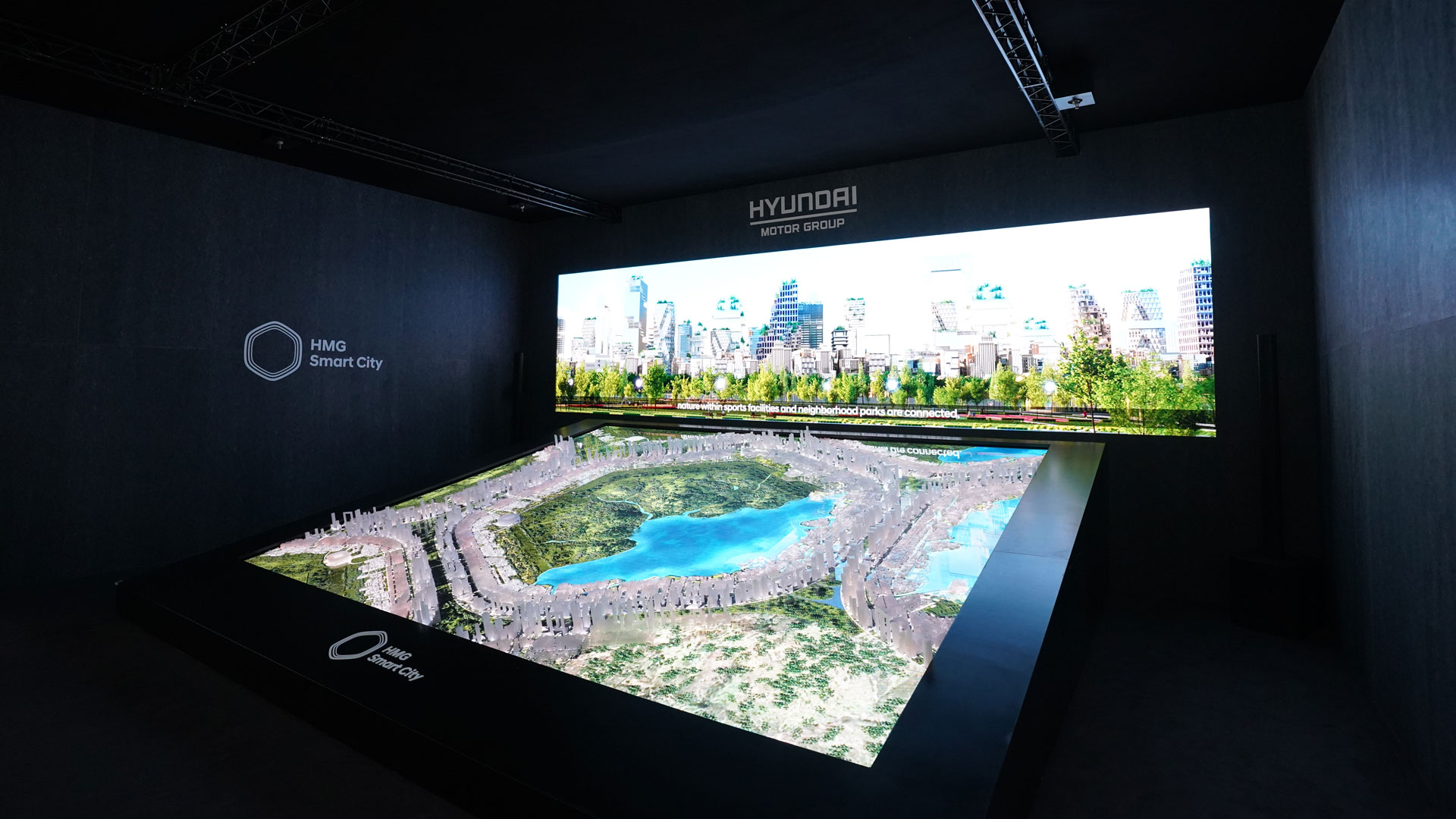 During the development of the model, the Group also affirmed its smart city philosophy which are ‘human-centered, coexist with nature, and embrace the future.’

“The HMG Smart City master model is our vision for a human-centered city that will revitalize urban communities. In the future smart cities, our ambition is for humankind to live with nature while embracing technology. Our air and ground mobility solutions will redefine urban boundaries, connect people in meaningful ways, and revitalize cities,” President Chi said. “We will continue to work with governments around the globe to bring our smart city vision to reality, while rapidly advancing capabilities in future mobility solutions.”

The HMG Smart City concept, inspired by a honeycomb pattern, is a hexagonal-shaped city with a human-centered surface layer, and function-centered underground layer. On the surface layer, the buildings encircle nature, in the form of parks and forest, which sit at the center of the city, effectively minimizing the gross area developed by humankind.

The buildings are divided into three sections by population density – high, medium and low. The density decreases nearer the parks and forests in the city center, affording people an unobstructed view of nature from any part of the city. Buildings are arranged within these sections according to their purposes. For instance, city landmarks will be in the high-density area, while security infrastructure will be located in the medium density area, enabling effortless access to any section.

The city will be connected through road infrastructure in the underground layer. All goods and services will be transported underground via autonomous mobility to each region’s automated logistics hub, where autonomous robots will make the final delivery.

Citizens will travel between cities by the advanced air mobility (AAM). The AAM vehicles will land and take off from a series of the Hub 2.0 towers, which combine residential and office areas with AAM ports at the top of the building.

The HMG Smart City concept also envisions a sustainable green city where large natural areas are preserved. The city center will feature recreational forests, parks, and a reservoir to provide water for the city. To ensure carbon neutrality, the city’s primary power source will be hydrogen, distributed through the smart grid pipelines to power buildings through hydrogen fuel cell generators.

The Group introduced ground-breaking EVs such as the Hyundai IONIQ 5 and Kia EV6 while announcing plans to produce Purpose Built Vehicles (PBVs) and robotaxis in future. Motional, the Group’s joint venture for autonomous driving technology, is currently developing robotaxis which will be commercialized in 2023. The Group’s AAM subsidiary, Supernal, recently revealed the cabin concept of eVTOL vehicle, currently under development with an aim of commercialization in 2028.

The Group is also working closely with governments around the world to make cities smarter. The Group signed MOU with Singapore’s government agency JTC on a transport modeling project that aims to enhance logistics efficiency using autonomous driving, EV, AI, and big data.