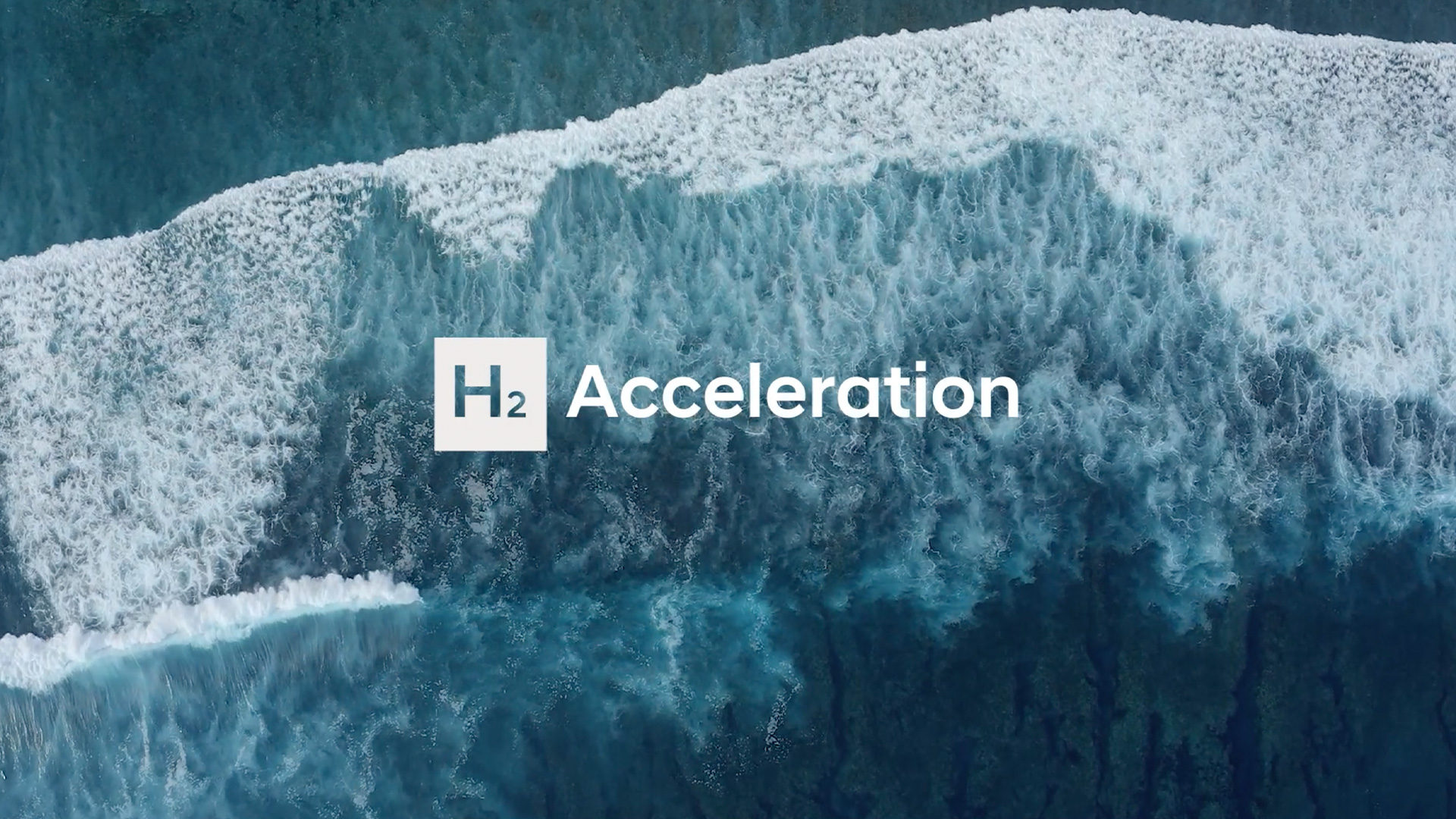 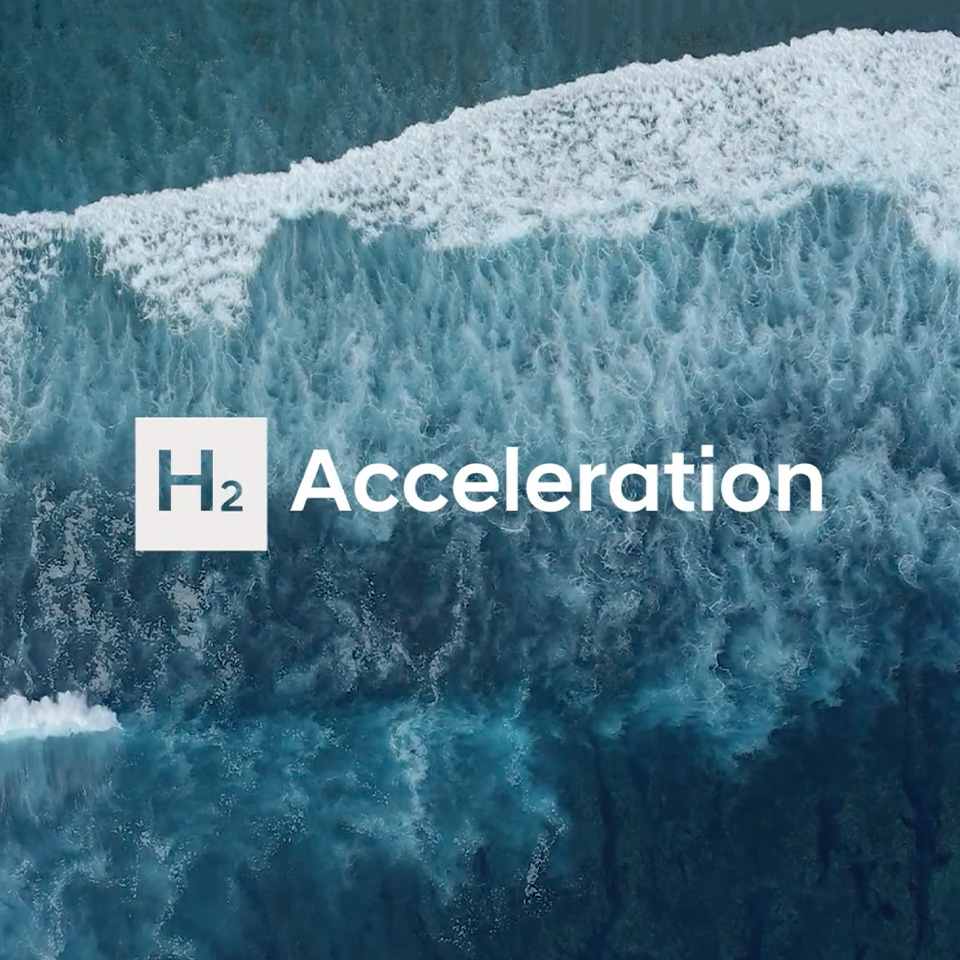 Hyundai Motor Company is operating the 'H2 Economy Campaign' with Bloomberg to promote the importance of a hydrogen society and accelerate its construction.

The world is making big changes right now. The power source used in society is changing from fossil energy to green energy. Humans have made tremendous progress using fossil fuels over the past 200 years. However, there was a price to be paid - environmental pollution and global warming caused by greenhouse gases. The problem is that these effects on the planet are coming back to us. With each passing year, abnormal climates and natural disasters are occurring more frequently.

According to the World Meteorological Organization (WMO), the average global temperature last year was 14.9 degrees Celsius, one of the hottest years on record. No one can guarantee the future without immediate action. Accordingly, governments around the world are paying attention to alternative energy sources found in nature, such as hydrogen. Global companies are also participating. Among them, Hyundai Motor Company is one of the leading companies in the potential of hydrogen energy and the transition to a hydrogen society.

Hydrogen is considered alternative energy because of its eco-friendliness and practicality. Hydrogen is one of the most abundant elements on Earth, extractable from water. And when used in a fuel cell, it emits only electricity, heat, and pure water. Therefore, it is expected to play a key role in carbon reduction in energy-intensive sectors such as steel and chemicals as well as power sources for various means of transportation including automobiles in the long term. According to the Korea Institute of Energy Research, hydrogen can produce about 33 kWh per kilogram based on thermodynamic calorific value, which is more efficient than city gas, which is 10 to 13 kWh/kg; it is indeed a very practical and clean energy source.

Hyundai Motor Company has recognized and invested in the value of hydrogen energy long ago, and it is striving to promote the importance of hydrogen society and accelerate its construction. As part of this effort, we are running the ‘H2 Economy Campaign’ with Bloomberg, a global media company ？ to create synergy with each other. The campaign is primarily aimed at raising awareness of hydrogen energy. It is a work to communicate with opinion leaders around the world to create efforts for the hydrogen ecosystem and to make the hydrogen society come true. In addition, Hyundai Motor Company also advertises technological competitiveness related to the hydrogen economy, including its hydrogen fuel cell.

The first result of the collaboration between Hyundai Motor and Bloomberg is the H2 Index Ranking. Each year, referring to the hydrogen energy sectors presented by the Hydrogen Council for 15 countries, five categories of Transportation, Energy, Heat, Exports, and Feedstocks are analyzed in three categories: Policy & Regulation, Infrastructure & Market Maturity, and Research, Development and Demonstration. It is an indicator that shows how much has been done to build a hydrogen society. This is to encourage governments and related organizations to change their perception of hydrogen and raise interest in the hydrogen ecosystem. The highest score, 3, means the maximum support, activity, and investment in hydrogen. Last year, the average of 15 countries increased from 2.14 to 2.25, indicating that the global hydrogen industry is on its way.

Germany took the lead with the best scores across the five categories; In 2019, it was third. In June last year, Germany announced a hydrogen strategy that included an investment of 9 billion euros and started the expansion of the hydrogen economy. In particular, the transportation sector was the driver. Strong support for the government's research and development of hydrogen-electric vehicles and the expansion of hydrogen charging station infrastructure were in progress. In addition, we are strengthening policies to lead the hydrogen economy by focusing on clean hydrogen production and import, hydrogen facility export, and related facility investment.

Other than Germany, Japan and Korea took second and third places respectively. First of all, Japan has the largest residential fuel cell market in the world, scoring high in the Heat category. It is also being tested and evaluated for agricultural power generation and is known to be preparing to commercialize hydrogen power turbines. Based on this, Japan plans to convert up to 60% of its projected power generation in 2050 to renewable energy such as hydrogen. Korea, along with Germany, achieved the highest score in the transportation sector thanks to Hyundai Motor’s hydrogen-electric vehicle ‘Nexo’ and commercial hydrogen electric vehicle ‘XCIENT FC (Fuel Cell)’. In addition, it has maintained the lead in the energy sector by forming the world's largest commercial fuel cell market.

In addition, European countries, such as France and the Netherlands, account for half of the H2 Index Ranking, as they see the crisis caused by the pandemic as an opportunity for active investment in the hydrogen industry. France, in fourth place, achieved full marks in all three categories in Feedstock, with its policies and support focusing on hydrogen for carbon neutrality. The Netherlands scored full marks in the Heat and Energy sectors with a strong hydrogen policy and financial support. Thanks to this, even though the H2 Index Ranking was first published, the Netherlands jumped to fifth place. In addition, other European countries are known to be establishing hydrogen-related policies.

Through the H2 index ranking, changes in countries around the world are announced, and then the campaign delivers an intuitive message about the potential and positive impact of hydrogen energy through video. The first video released by Hyundai Motor Company and Bloomberg begins with a cool crashing wave. The narration and subtitles of the video explain that, along with representative cities in China, Europe, and Korea, countries around the world have selected hydrogen as the basis for the recovery of COVID-19 and are establishing hydrogen industry policies. Shortly thereafter, the video shows the hydrogen-powered vehicle charging and hydrogen gas transportation facility. It shows that the practical use of hydrogen energy is in progress.

And Korea and Europe are mentioned as countries that encourage the development of this hydrogen industry. In the Green Deal investment, Korea invested 135 billion dollars and the EU invested 220 billion dollars. A green deal refers to a policy that aims to achieve carbon neutrality by 2050. And with an intuitive infographic screen, the video goes on to add that Germany is ranked number one in the H2 index, driven by growth in the transport sector, which is leading European countries. The US and China, the world's two largest greenhouse gas emitters, are also planning to build hydrogen infrastructure to reduce carbon emissions.

The growing demand for hydrogen power systems has led to investments in Hyundai Motor Group's hydrogen fuel cell production facility in Guangzhou, China. It is expected to be completed in 2022 and aims to produce 6,500 units per year. Previously, Hyundai Motor Company launched the world's first hydrogen-powered vehicle, the Nexo. Hyundai hastened the development of commercial hydrogen-powered vehicles and succeeded in mass-producing hydrogen-powered buses and hydrogen-powered trucks. Commercial vehicles have a longer mileage than passenger cars, and because they are large and heavy, they emit more pollutants, including carbon dioxide. This is why hydrogen fuel cells and hydrogen-electric vehicles are considered as requirements for a hydrogen society. Hyundai Motor plans to take the lead in realizing carbon neutrality by expanding hydrogen as a power source for other industries as well as mobility. In addition, the campaign will release additional videos on hydrogen energy after this, and the H2 index rankings and videos can be found on H2 economy Web Page, with six more videos released last year.

The effectiveness of the campaign launched last year was clear; First of all, according to Bloomberg, of the various campaigns they've run, the response to the H2 Economy has been the best - well above the target. The combined number of video views across all of Bloomberg's channels was 5.63 million - far exceeding the goal of 3.9 million. About half (51%) of those who noticed the campaign watched the video. At the time of planning the campaign, the video view rate was aimed at 30%. Viewers also stayed with the channel for a long time to interact with the campaign content. The average dwell time on the campaign site is 38 seconds, which is 12 seconds longer than the original estimate of 26 seconds.

This unexpected response to the campaign led to a positive view of hydrogen energy. According to Bloomberg, as a result of a survey of 200 U.S. audiences, about 80% of them positively evaluated hydrogen energy and Hyundai's hydrogen technology, and answered that they were willing to purchase a hydrogen electric vehicle.

UN Secretary-General Antonio Guterres emphasized that 2021 is an important year to combat the threat of climate change and promote sustainable development for the future of humanity. There is no more time or spare time to waste - the Earth has already begun to change. The transition to a hydrogen society is an essential evolution for our future, and it is impossible to achieve a decarbonized society by 2050 without everyone working on it. As a company leading the transition to a hydrogen society by improving hydrogen energy technology and communicating through various channels, Hyundai Motor plans to continue its efforts as a leader.

Hyundai Motor Company HTWO Fuel Cell System FCEV XCIENT Fuel Cell NEXO Eco-Friendly Climate Change Carbon Neutrality Sustainability For our Planet The Right Move
Pursuant to the Creative Commons License (CCL) 2.0, all users can copy, distribute, and transmit Information available on the Hyundai Motor Group Newsroom, or use it for exhibitions and performances. Please note, however, that all information is protected by copyright. Information users must use the information available on the Hyundai Motor Group Newsroom for strictly private/personal purposes only.
HMG Operation Policy
Suggestions for you 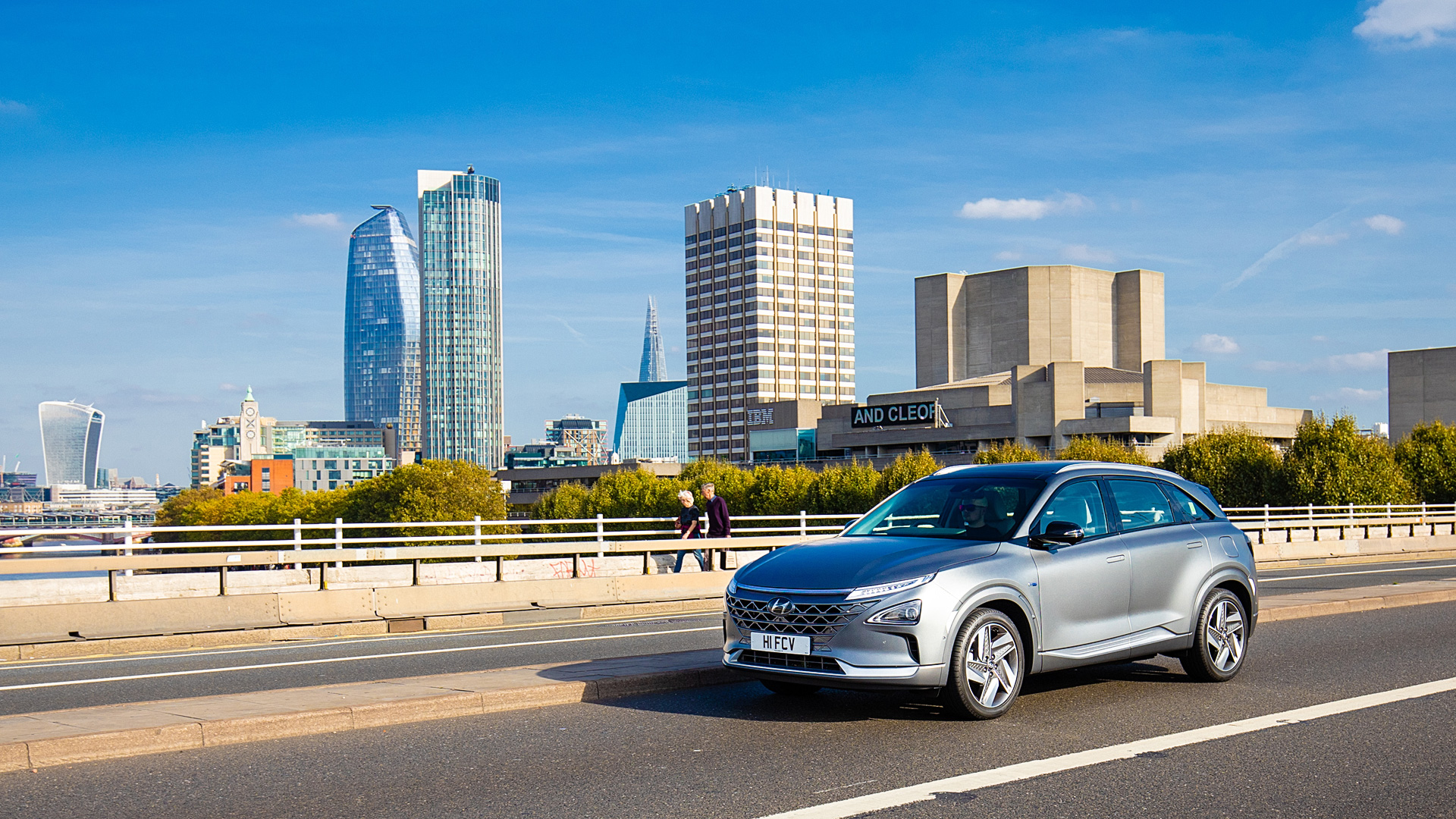 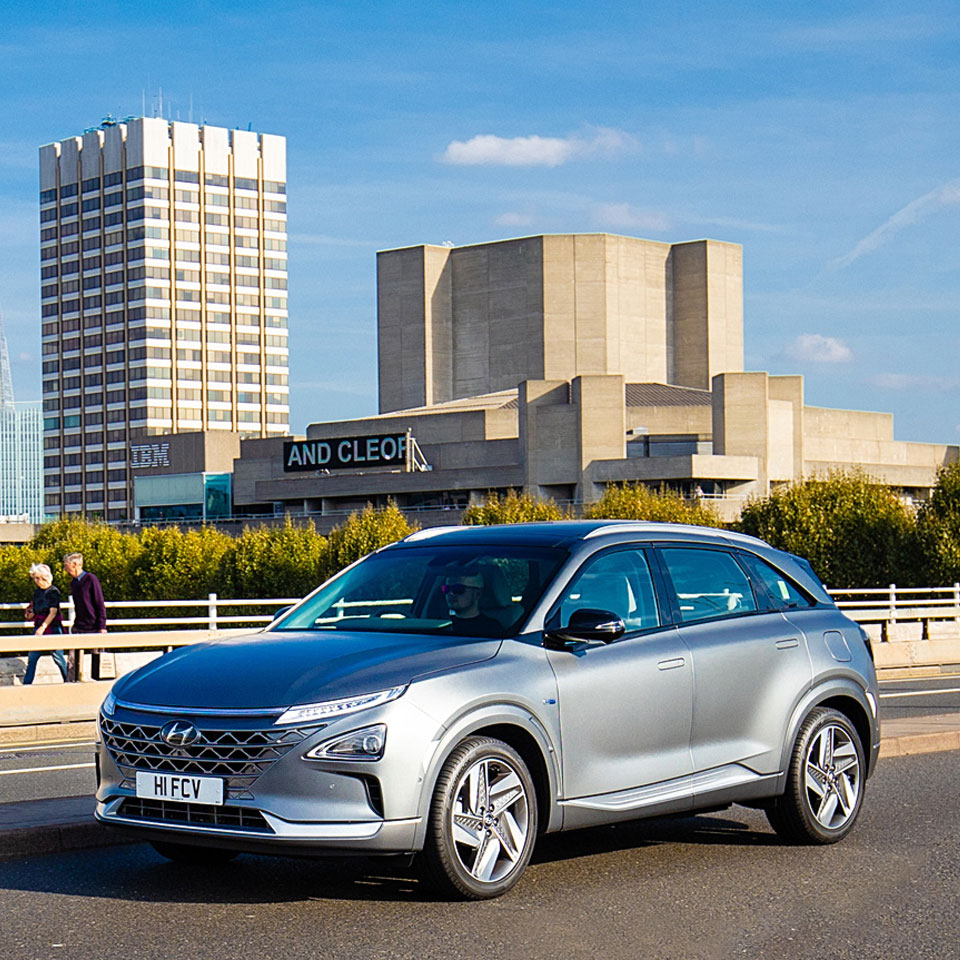