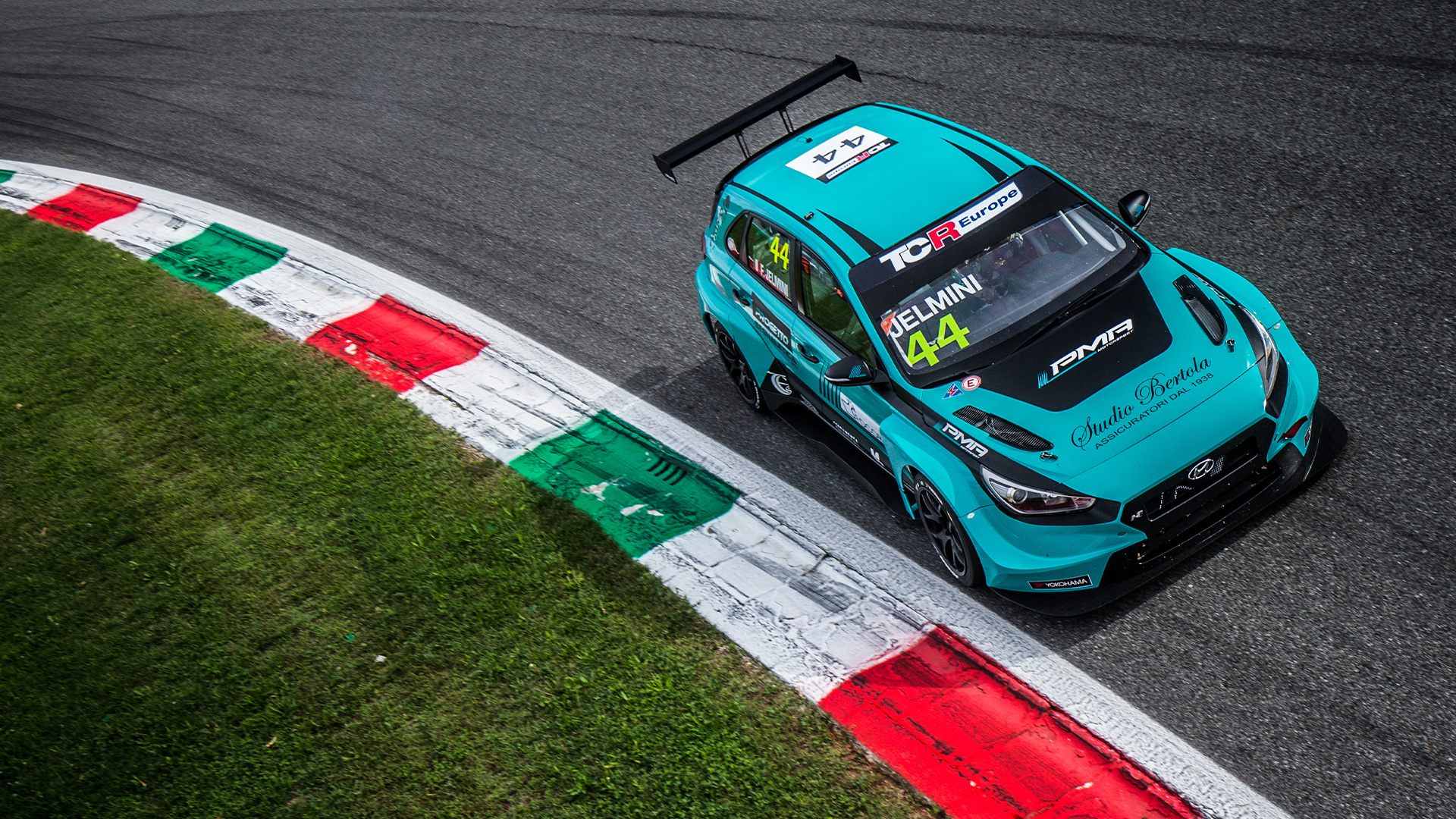 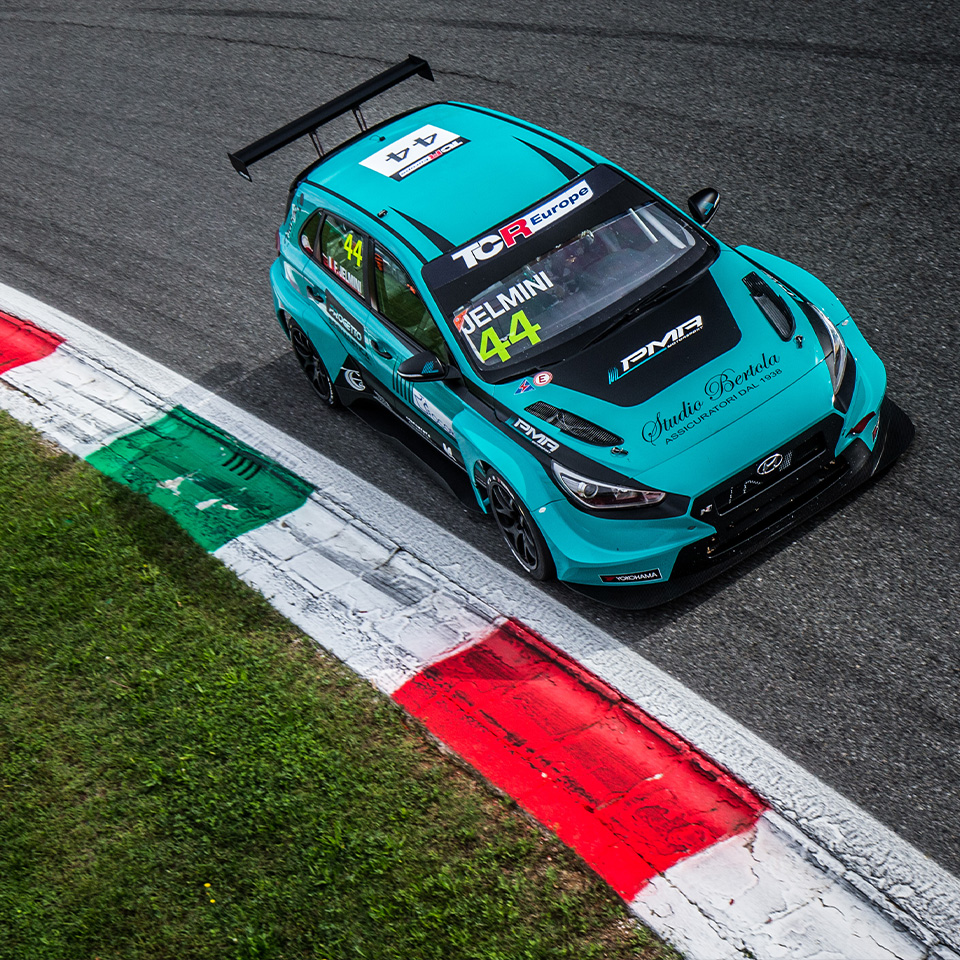 Hyundai Motor's customer racing department, which was officially launched in 2015, marked its fifth year. Let's take a look at how Hyundai Team's R5 rally cars and TCR race cars have performed this season around the world.

The racing team is largely divided into a 'works team' operated by an automaker and a 'private team' operated by an individual. Of course, the Works teams develop their own race cars. So, how will the private team procure the race car? They make it themselves, but they also buy it from outside. That is why some companies are specializing in manufacturing various race cars, from formula racing cars to touring cars and rally cars.

In some cases, automakers make and sell race cars. It's popular these days, and it's called 'customer racing' because the racing team becomes a customer of an automobile manufacturer. Not only for the GT series but also for touring and rallying, more automakers sell race cars than expected.

Hyundai Motors, which founded Hyundai Motorsport GmbH in Germany in 2012, started a customer racing project with WRC activities. In addition to the i20 R5 rally car for the WRC sub-class, there was also the i30 N TCR, a circuit touring race car. At the time, Hyundai Motor Company was not famous in the motorsports industry, but it was highly praised for its outstanding performance in WRC. Currently, Hyundai works with numerous private teams and drivers, winning rallies and TCR series around the world. Hyundai has begun to use a new TCR class car this year, the Elantra (Avante) N TCR. Also, starting from the second half of this year, Hyundai will launch another one based on the i20 N that fits under the Rally 2 regulation.

From the first half of 2021, Hyundai is doing impressively; In the opening game of the Rally Campionato Italiano, one of Europe's most prestigious rally battlefields, the Rally Del Cioko e Valle del Serchio (March 12-13), Thierry Neuville of Hyundai Works team, who competed in the i20 R5 won the championship title. It is common for Works team players to practice getting used to the team in small rallies. In particular, Neuville, who replaced the co-driver this year, needs a lot of practice. All 5 of the i20 R5s participated in this rally, and they showed an overwhelming performance, ranking top in 8 out of 10 SSs. In the second round of rally Sanremo (April 10-11), Hyundai's Craig Breen won the championship. Andrea Crugnola, the Italian champion last year, moved to Team Hyundai Italy this year. He struggled with machine troubles in the opening game but succeeded in finishing second in Sanremo.

In addition, in the Spanish Tarmac Rally, Villa de Santa Brigida (March 19-20), Antonio Ponce in Hyundai car won the championship. Ivan Armas, on a Porsche 911 (Type 997), was 23.9 seconds behind and ranked second.

Ole-Christian Veiby won the opening match of the Portuguese Rally Series, the Laly Terrace Davoreira, and Bruno Magalhaes of Team Hyundai Portugal placed 7th. The opening match in Amarante in northern Portugal was a Greble Rally with a total of 100.87 km in SS. Veiby won the championship after a 2.8-second difference between Pepe Lopez (Skoda Pavia Rally2 Evo), second place. Veiby is a French driver who was selected for the Hyundai Junior Program last year and this year. Hyundai is providing various opportunities to young and promising drivers through the Customer Racing Junior Driver Program.

In addition, at the Arctic Lapland Rally (January 14-16), the opening match of the Rally Finland Championship, Oliver Solberg of Hyundai WRC2 took third place. Oliver, whose father is the WRC champion Petter Solberg, is quickly becoming the next WRC star through Hyundai Junior Driver Program.

In the second leg of the series, “SM O.K. Auto Rally,” held on March 5-6, Tahko Riku took third place. The time difference from second place was only 6.6 seconds. For the first time in the Hyundai customer program, a Finnish driver has been on the podium. In the U.S., a rally that uses small cars like Europe is rare, but the i20 R5 is also active here. On February 20, Enda McCormack won 6th place with a class championship at the Snow and Drift Rally, and 2nd in the class (7th overall) at the 100-acre Wood Rally in Missouri.

Another important Hyundai Motorsport event is the TCR Class, a touring race car for the circuit. Circuit competitions generally start later than the rallies, but things in North America are different. The US's IMSA Michelin Pilot Challenge opened on January 22-24 at the Daytona International Speedway, and the second event was held on March 18 at Sebring. In the Michelin Pilot Challenge, Bryan Herta Autosport's Veloster N TCR leads the way in fourth place in the opening match and third in the second match. Michael Jones Racing (Veloster N TCR) is in third place, and Elantra N TCR (Bryan Herta Autosport), which was first put into practice, is currently in seventh place.

When Daytona was taking place, the TCR series also opened in southern Australia. In the first round held at the Simmons Plains Raceway on January 24-26, HMO Customer Racing's Josh Buchan started smoothly in third place (race 2). Buchan has won two wins in the three consecutive rounds of four at Sydney Motorsport Park and is closely chasing after Luke King in the second place, with an 11 points difference. Nathan Morcom stood on the podium twice in the second and fourth rounds, ranking fourth overall.

Hyundai also performed well in neighboring New Zealand. On April 23-24, Ransley, who lost three opening games at Highlands Motorsport Park, took second place in two consecutive games. And in the third match, Hayden Paddon won the championship, and Jaden Ransley marked double podium in second place. Paddon, a former WRC driver for the Hyundai team, has now returned to his hometown of New Zealand and is competing in various rallies and circuit races.

TCR Europe is the TCR series held in continental Europe; Compared to football, WTCR is the World Cup, and TCR is Euro 2020. As Europe boasts a history and popularity of motorsports, TCR Europe is as fierce as WTCR. This year, 14 rounds will be held in 7 countries including France, the Netherlands, Belgium, Germany, Italy, and Spain, starting with Slovenia on May 7-9.

Hyundai customer teams at TCR Europe this season include Sebastien Loeb Racing (SLR) of France led by the WRC champion and Yannick Motorsport from the Czech Republic. Among them, the new Elantra N TCR was given to SLR. Living up to expectations, SLR's Mehdi Bennani took a pole-to-win in the second race. Bennani is a veteran Moroccan driver who won the season championship without ever winning the TCR European series last year. Starting from the pole position at the second race, Bennani defeated Mikel Azcona and won the championship.

The TCR UK opening match held at Silverstone on April 25 was dominated by Hyundai customer teams. Max Hart (Maximum Motorsport with Motus One Racing), who held the pole position in the qualifiers, won the first race. And Lewis Kent, who recorded the fastest lap, won the second race. Lewis Kent from Essex & Kent Motorsport also rides the i30 N TCR, just like Hart.

The new Elantra N TCR also won the German Nurburgring Langstrecken Series, formerly known as VNL. The Nurburgring Endurance Series is a series of races that take 4 to 6 hours, sharing the model and class used in the 24 Hours Nurburgring. Although the names are different, they all take place in the Nurburgring. On May 1st, Manuel Lauck and Marc Basseng in Elantra N TCR won the class in their third match. It was almost one lap different from Opel Astra of Luvner Motorsport, who was second place. The Target Competition with the Hyundai Motorsport N logo was technically a trailer for the 24 Hours Nurburgring in June.

Everyone thinks of the 24-hour race first when it comes to Nurburgring - and this long race finally started on May 9. The “qualifying race” (Qualifikationsrennen), held a month before the finals, runs for six hours, including long-distance tests. Racers usually do not have many opportunities to run on the full course that connects the old Nordschleife with the GP Stroke where F1 is held, so this is a valuable opportunity before the finals. Therefore, each team literally does their best to secure setting data and adapt to the course. In this qualifying, the Hyundai Works team's i30 N TCR beat Cupra Leon to dominate the class, increasing the chances of winning the finals. On the other hand, although Elantra N TCR retired due to an unfortunate accident, it is expected to make a remarkable performance in the finals.

Hyundai Motor's customer racing division, which was officially launched in 2015, has already reached its fifth year. Hyundai has won two manufacturers' championships in the WRC based on its high technology, and is developing a highly competitive R5 rally car for private teams and a TCR race car for circuits. Nowadays, Hyundai is preparing for the new i20 N Rally 2 to fit under the Rally 2 regulation, which will replace the R5 from next year. In addition, the new car Elantra N TCR was unveiled last year and is gradually showing its capabilities in the TCR class. As the setting data accumulates, the team will definitely perform much better. 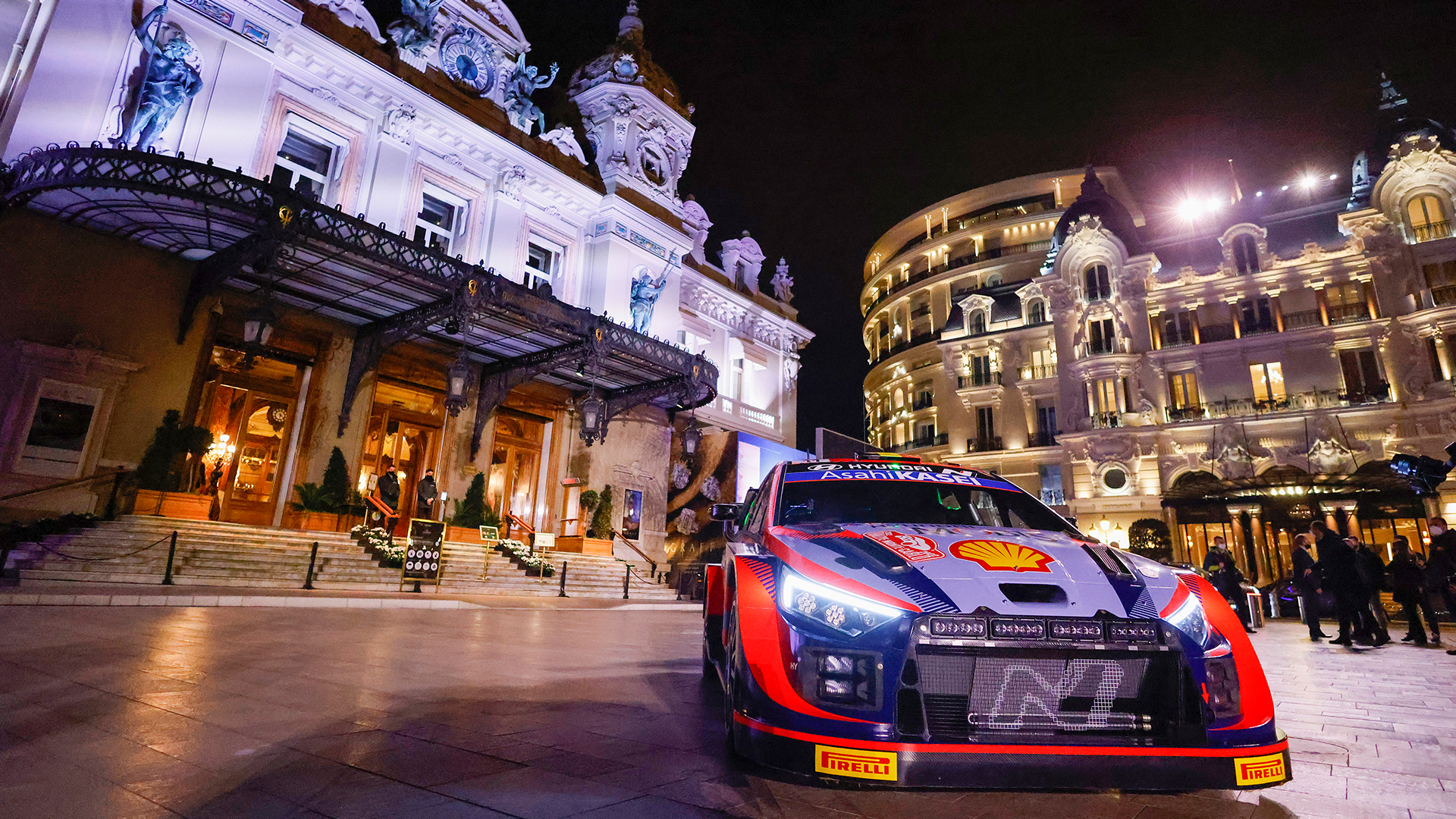