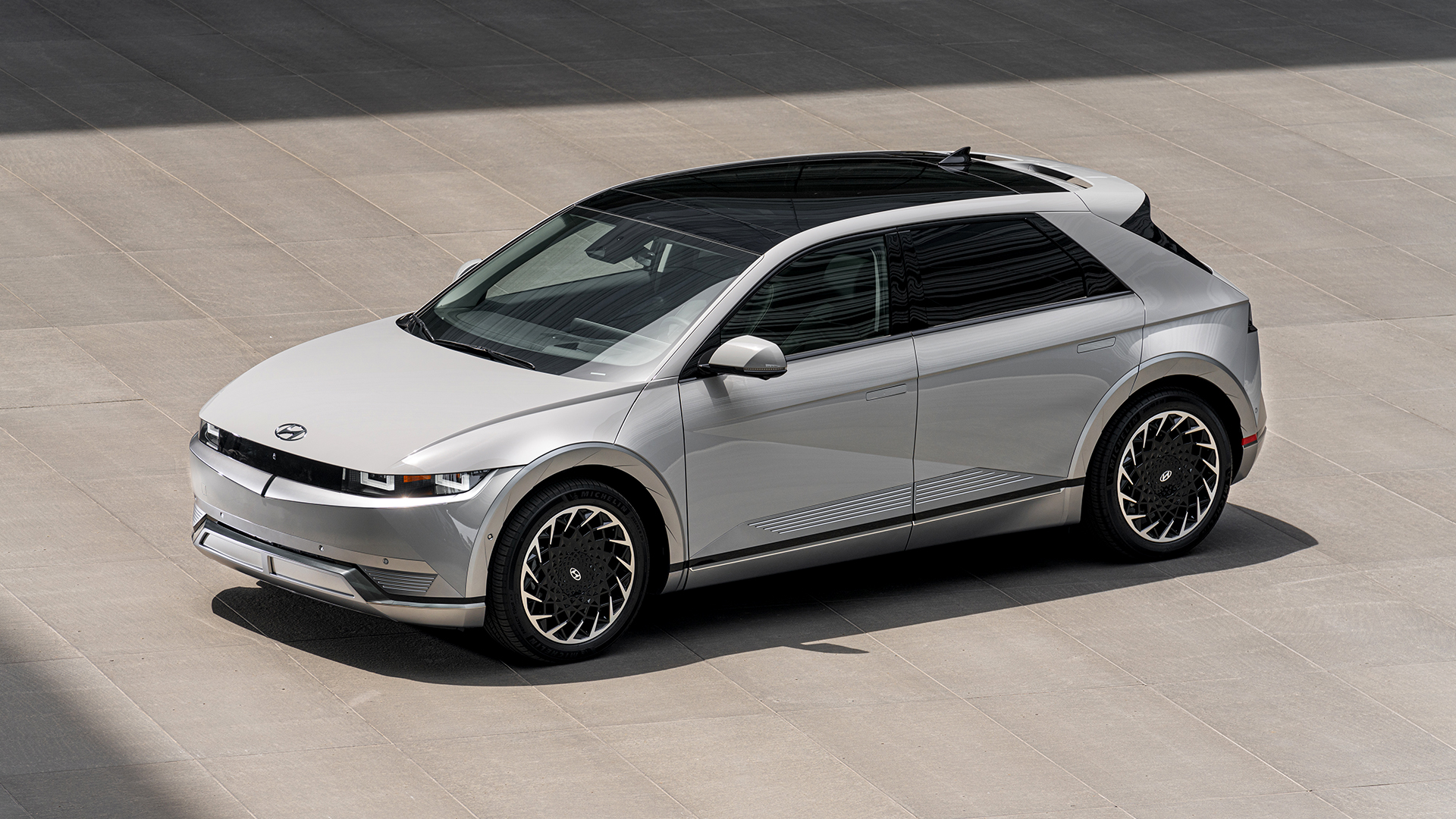 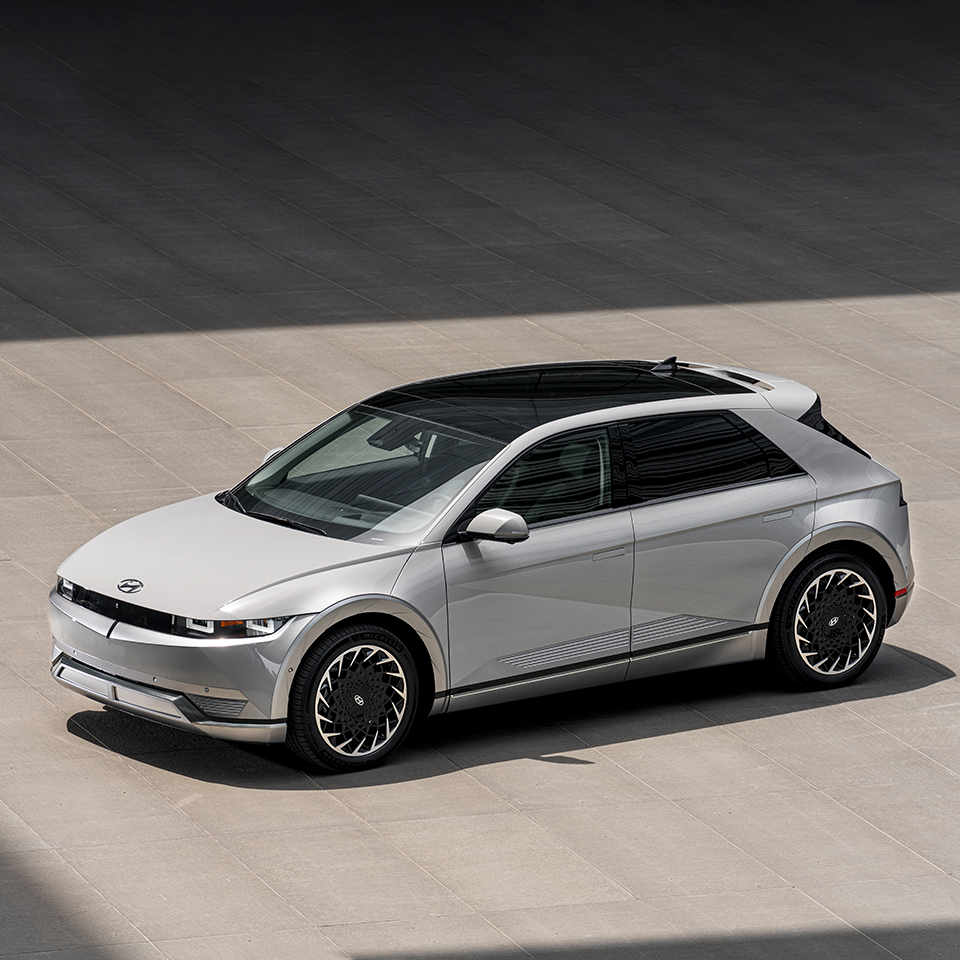 IONIQ 5 has already been crowned 2022 German Car of the Year, 2022 British Car of the Year, 2021 Car of the Year, Mid-size Company Car, Premium Electric Vehicle championships at the New Car Awards by British auto magazine. In addition, it has received many global awards, such as the Electric Award from in the UK. And this time, it won the World Car of the Year award, proving once again that it has the world’s highest level of perfection.

World Car Awards: For the best car in the world 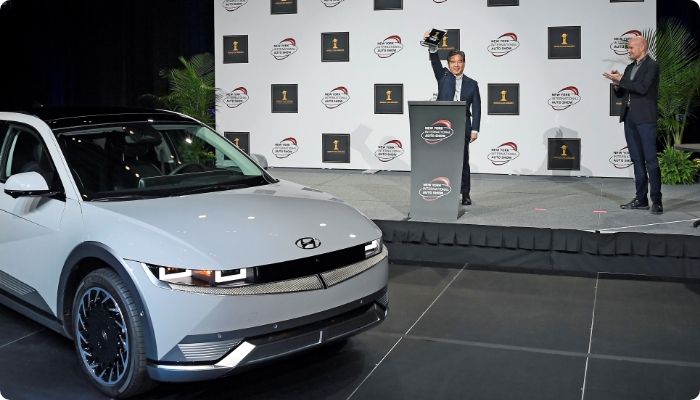 The World Car Awards, which chose the IONIQ 5 as the World Car of the Year, is even more notable because it beat out competitors around the world.

The World Car Awards, which started in 2004, ‘The North American Car and Truck of the Year’ (NACTOY), which Hyundai Motor Avante won last year, and the European Car of the Year, which this year’s Kia EV6 won, are regarded as the world’s top three automobile awards. However, unlike NACTOY and European Car of the Year, which are based on a specific region, World Car Awards are more meaningful because they look at all cars worldwide.

The World Car Awards, headquartered in Toronto, Canada, consists of 102 renowned automobile journalists from 33 countries worldwide, including Korea, the United States, Europe, China, Japan, and India. The 2022 World Car Awards began in August of last year by announcing 27 candidate models. After that, the jury selected the winners by secret ballot after carefully examining the participants over several months based on eight judging criteria: Occupant Environment, Performance, Value, Safety, Environment Market Significance, Emotional Appeal, and Innovation. Such complex selection is the secret to maintaining the fairness and credibility of the World Car Awards. 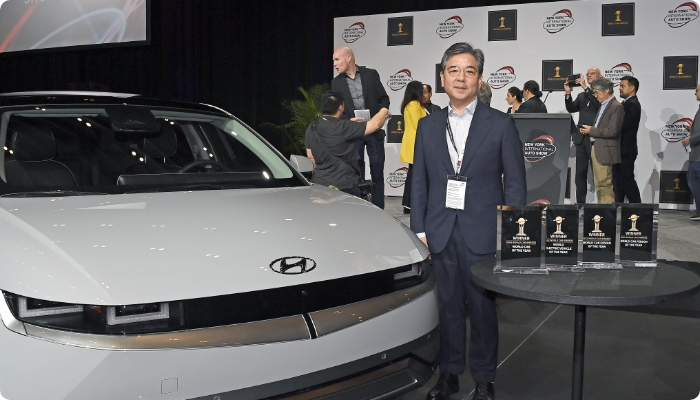 The final nominees for the IONIQ 5 to compete for the 2022 World Car of the Year were the Kia EV6 and the Ford Mustang Mach-E. Although both electric vehicles boast world-class perfection, this year’s hero was the IONIQ 5. The IONIQ 5 greatly outperformed the two cars in the eight judging criteria required to select the World Car of the Year. It scored higher than its competitors in all the judging criteria - Occupant Environment, Performance, Value, Safety, Environment Market Significance, Emotional Appeal, and Innovation - and, as a result, became a winner by obtaining an overall score of 815. The Kia EV6, which ranked second in the World Car of the Year at the World Car Awards, scored 808 points, and the third-placed Ford Mustang Mach-E received 773 points.

The IONIQ 5 beat the German luxury electric car and won the World Electric Vehicle of the Year list. It has proven its outstanding competitiveness and perfection led by world-class electric vehicle technology. Competitors for the IONIQ 5 were the Audi e-Tron GT and Mercedes-Benz EQS. Both electric vehicles are equipped with the latest electric vehicle technology from Audi and Mercedes-Benz, respectively. However, the two electric cars only scored 786 and 789 points, respectively, in the final screening of the World Car Awards, failing to beat the IONIQ 5, which became the World Car of the Year with 815 points. 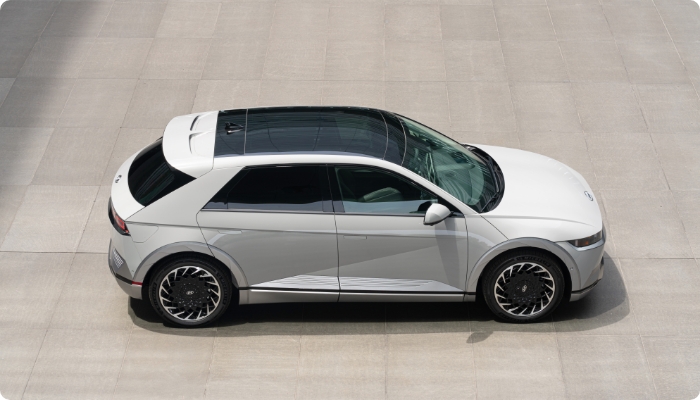 In addition, the future-oriented design of the IONIQ 5 proved its outstanding perfection by winning the World Car Design of the Year award. The IONIQ 5 competed in the design category with the Kia EV6 and Audi e-Tron GT, which had competed once in the World Car of the Year and World Electric Vehicle of the Year categories. This time, it received 234 points, beating the Audi e-Tron GT with 214 points and Kia EV6 with 175 points.

The secretes to winning the three awards

What is the secret to the IONIQ 5 being nominated for the 2022 World Car of the Year, World Electric Vehicle of the Year, and World Car Design of the Year? There may be several reasons, but the most important one would probably be the Electric-Global Modular Platform (E-GMP), Hyundai Motor Group’s exclusive electric vehicle platform. Thanks to E-GMP, the IONIQ 5 provides design, space, practicality, performance, and efficiency that conventional electric vehicles could not achieve. 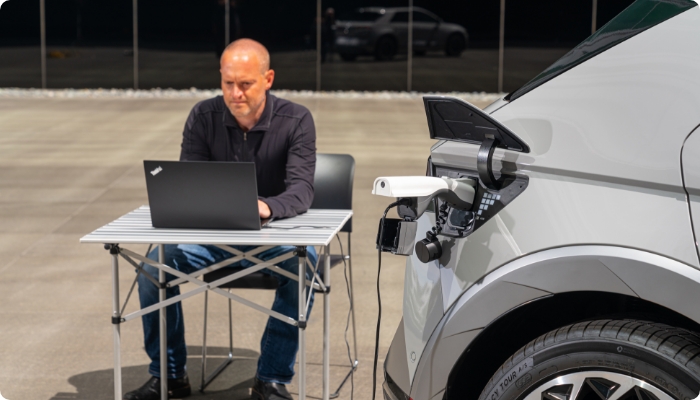 Thanks to the innovative technology of E-GMP, the IONIQ 5 provides not only super-fast charging but also various features such as V2L.

Among the many features of the IONIQ 5, the most outstanding is its long driving range and fast battery charging speed. In terms of mileage, it can run up to 481 km (based on WLTP) depending on the combination of battery capacity (58.0 kWh or 72.6 kWh) and drivetrain (rear or four-wheel). In addition, because of the 800V high-voltage system, the battery can be charged from 10% to 80% in 18 minutes using a 220kW ultra-quick charger, and it can secure a driving distance of 100km with just 5 minutes of charging. In addition, it provides a V2L (Vehicle to Load) feature that can power home appliances by supplying electricity to the outside. 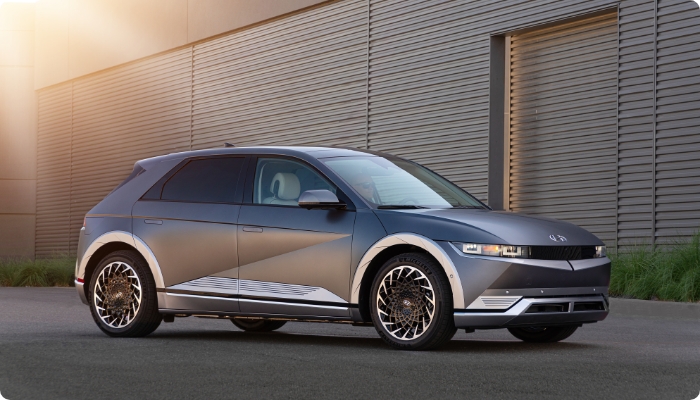 The original and future-oriented design of the IONIQ 5 also stems from E-GMP.

The unique design and spacious cabin of the IONIQ 5 were also possible thanks to E-GMP. Its clever design, which houses the largest and heaviest battery pack in an electric car in the lower center of the body and eliminates internal combustion engine-related components, significantly reduces front and rear overhangs and secures a long wheelbase, providing a unique design and spacious interior. The IONIQ 5 completed an original and future-oriented design by adding Hyundai’s unique Parametric Pixel design elements.

Jurors of the World Car Awards said, “the IONIQ 5 has established itself as a perfect flagship model for Hyundai Motor Company, which has laid a foundation in the global EV market with a suitable balance of retro and futuristic design and flexible interior space. In particular, the design of the IONIQ 5 gives a fresh feeling by realizing excellent proportions based on seamless technology, and the interior design and materials also show modernity.”

As can be seen from the result of winning three crowns at the 2022 World Car Awards, the IONIQ 5 has been proven to be the car that can be the next generation of smart mobility solutions in the future. The global need for a high-quality, eco-friendly vehicle is growing, and the IONIQ 5 checks all the boxes; winning the award support that fact. The new world that Hyundai Motor Group’s dedicated EVs will bring has just come. Hyundai Motor Group will continue its efforts to create a better world through its innovative technologies. 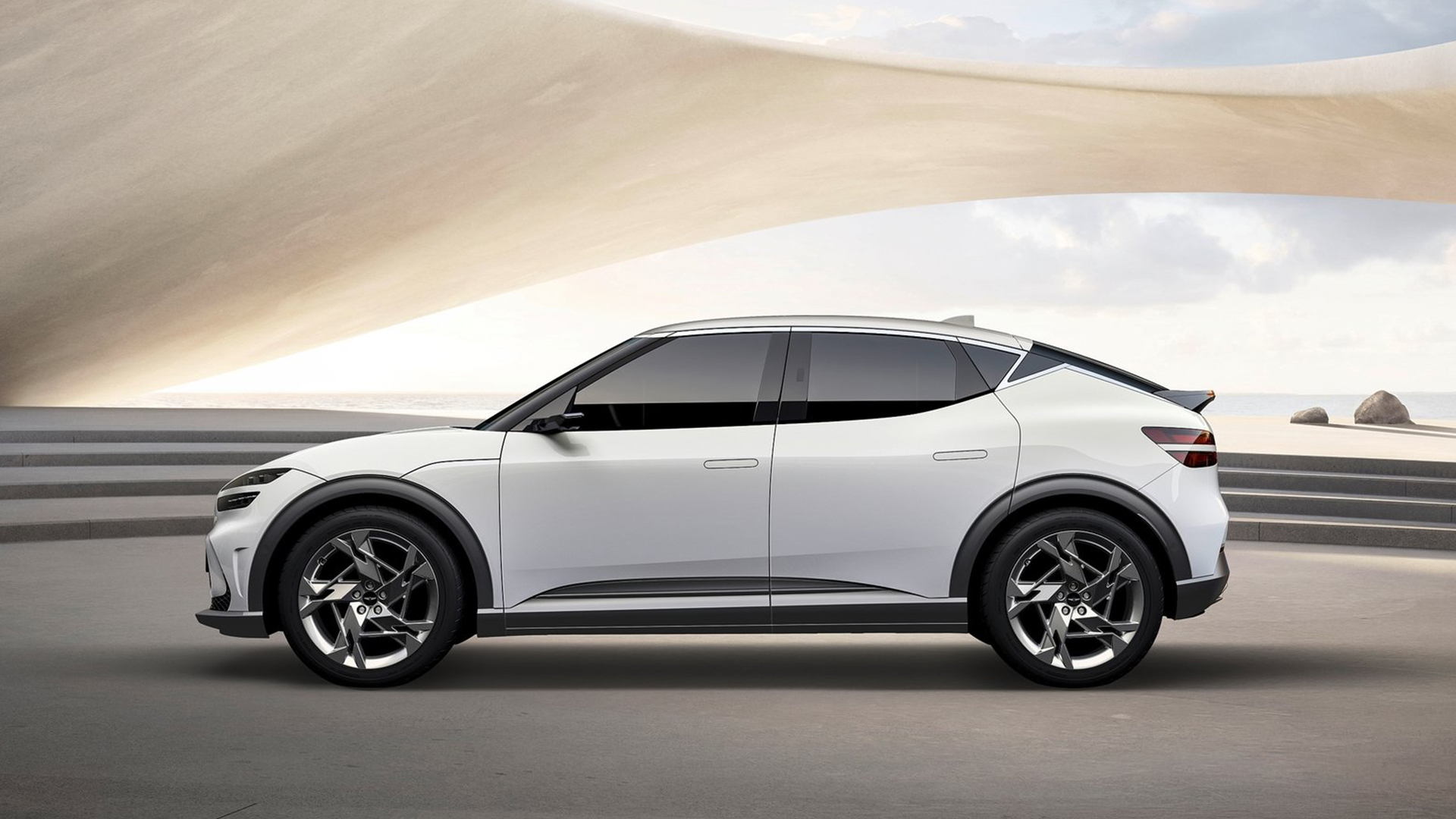 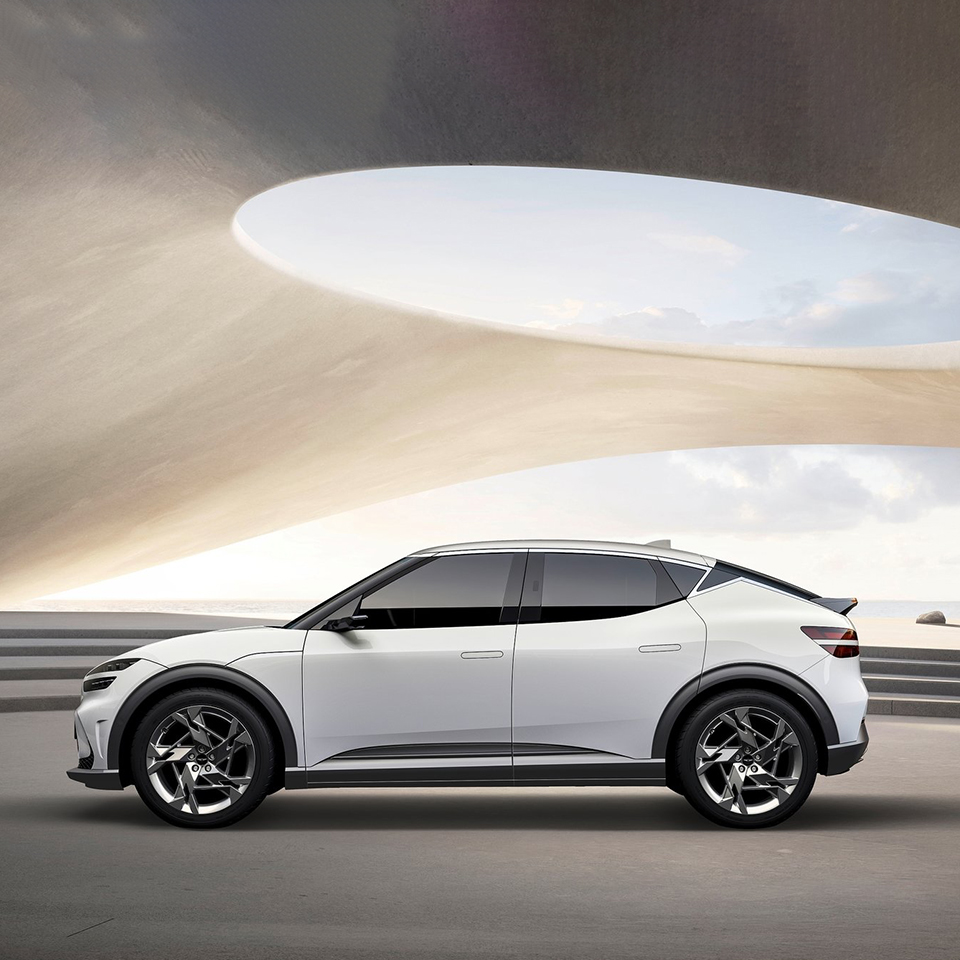 How To Make Your Electric Vehicle More Electric